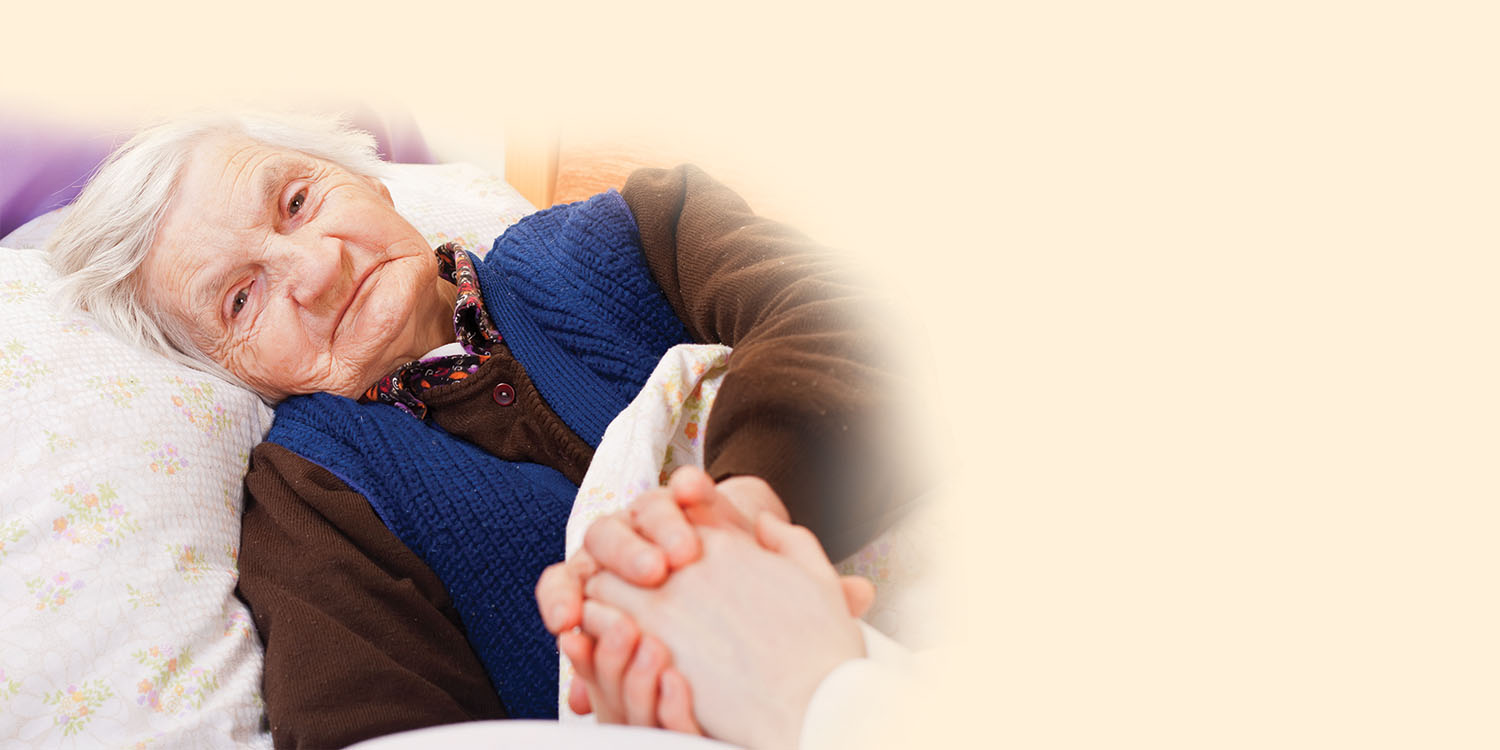 Anointing of the Sick

During his ministry, Jesus had great compassion for the sick.

When he encountered people who suffered from serious illness or physical affliction, Jesus would take time to speak with them and give them comfort. He miraculously healed many who were on the brink of death, instantly taking away their illness. He gave sight to the blind, made the deaf hear, cleansed those with leprosy, and enabled the lame to walk. (Matthew 11:5)

Since he was God in our midst, Jesus healed with divine power.

At times, he worked these miracles with merely a word of command, but often his words of healing were accompanied by physical elements, such as when he made clay and placed it on the eyes of the man born blind. (John 9) These healings were signs pointing to the more important spiritual healing he had come to do, to free humanity from the eternal death caused by sin.

Jesus sent out the apostles to heal in his name.

During his ministry, Jesus sent his disciples to teach and heal in his name. “They went out and preached that men should repent. They cast out many demons, and anointed with oil many that were sick and healed them.” (Mark 6:12-13) And before he returned to heaven, Jesus commanded the apostles to continue this ministry, promising that in his name they will lay their hands on the sick, and the sick will recover. (Mark 16:18)

In the early Church, the apostles continued to heal.

In the New Testament, James writes, “Is anyone among you sick? Let them call the elders of the church to pray over them and anoint them with oil in the name of the Lord. And the prayer offered in faith will make the sick person well, and the Lord will raise them up. If he has committed any sins, he will be forgiven.” (James 5:14-15) The word “elders” is what later became translated as “priests.” The oil mentioned is olive oil, used in biblical times as a medicinal ointment.

We call this the Sacrament of Anointing of the Sick.

The gift described by James has been passed down through the centuries, and it is now known as Anointing of the Sick. It is usually requested when a Catholic is sick with a serious illness or about to undergo a life-threatening surgery. The priest prays with the sick person, asks God’s healing through the laying on of hands, and anoints them on the forehead and hands with olive oil that has been specially blessed for this purpose.

Jesus continues his healing ministry among us today.

Sometimes Jesus works a miracle of physical healing through Anointing of the Sick, to the astonishment of the doctors and nurses! But more often, he gives strength to endure one’s sufferings with patience and love. If the sick persons are unconscious or otherwise unable to confess their sins, the Lord also forgives their sins and gives them spiritual healing. Through his family of faith, the Church, Jesus is still caring for the sick with great love and compassion. 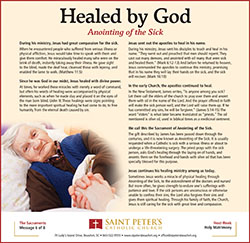