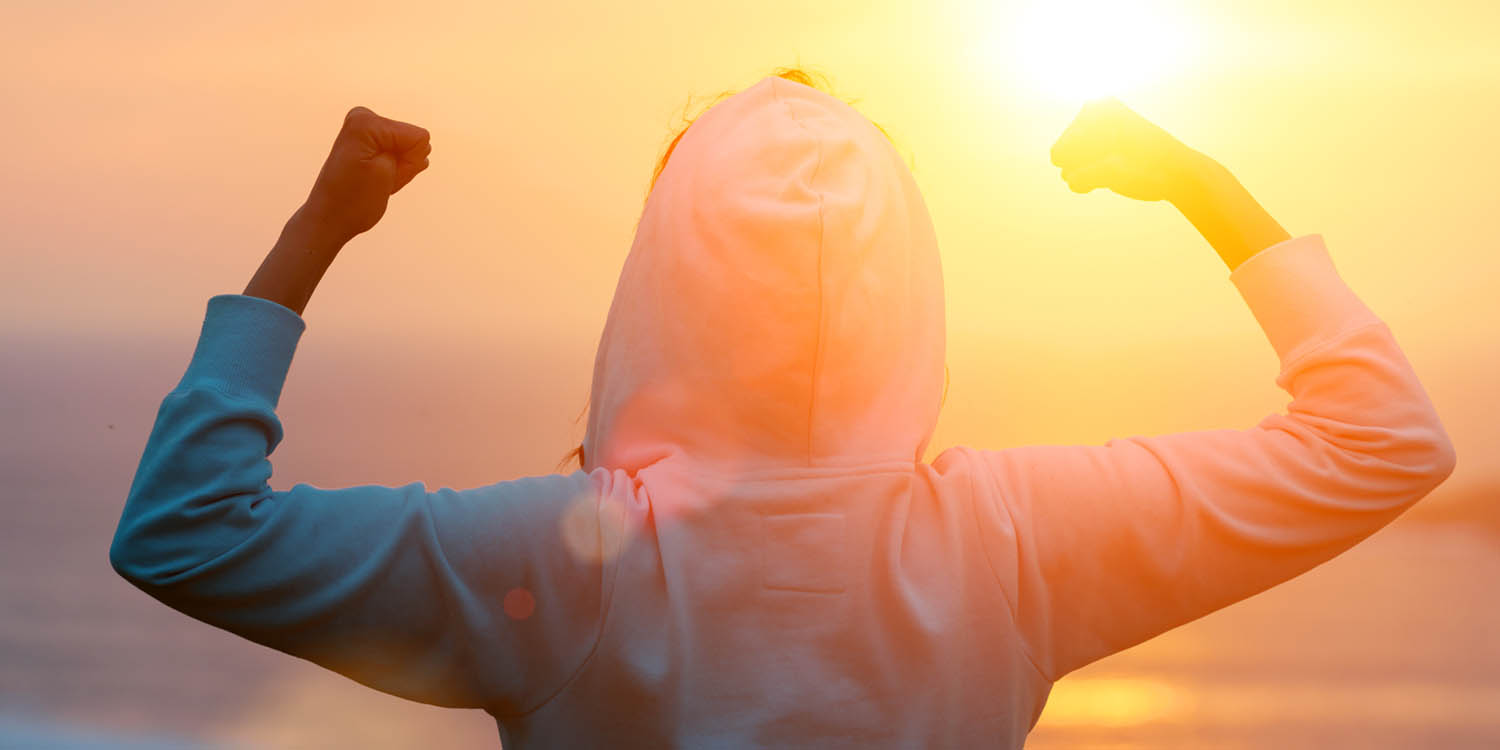 Something amazing happened to the apostles on Pentecost.

On the Jewish feast day of Pentecost, seven weeks after Jesus rose from the dead, the apostles started acting like new men. Until this time, they had been hiding, afraid that they too would be arrested and put to death like Jesus. But now they began to walk among the crowds, courageously proclaiming his death and resurrection. What brought about such a dramatic change?

They received the Holy Spirit.

Before Jesus returned to heaven, he had instructed the apostles to wait in Jerusalem for a special gift. As they were gathered in prayer on the morning of Pentecost, they were filled with the Holy Spirit. (Acts 2:1-13) From that moment on, they received strength to go and be witnesses for Jesus to the ends of the earth. With great joy, they were willing to be persecuted and risk their lives so that the good news of Jesus could be proclaimed throughout the world.

The apostles gave this gift of the Holy Spirit to others.

All Christians can receive this gift of the Holy Spirit.

This bestowal of the Holy Spirit through the laying on of hands came to be known as the Sacrament of Confirmation, which comes from a Latin word that means “strengthening.” In each century, Jesus has continued to strengthen his followers with the Holy Spirit through this wonderful sacrament. Just as he did with the apostles, Jesus strengthens us in the graces of our Baptism so that we can go out and be his witnesses in the world.

The Sacrament of Confirmation is received after baptism.

Those who grow up Catholic typically receive Confirmation in their early teenage years, strengthening them to better live their faith as they become adults. The local bishop is usually the minister for Confirmation, since he is a successor to the apostles. He lays hands on the head of each person, praying the words, “Be sealed with the Holy Spirit.” For those who become Catholic as adults, Confirmation usually occurs immediately after Baptism, at the same celebration in which they will receive Holy Communion for the first time.

The Holy Spirit is still at work today!

Even if we do not perceive miraculous signs like those that happened at Pentecost, the Holy Spirit is still working powerfully in our midst. Like the apostles, Jesus is counting on us to courageously proclaim his good news, so that all may come to know and love him. 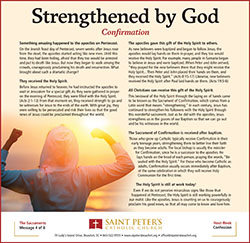