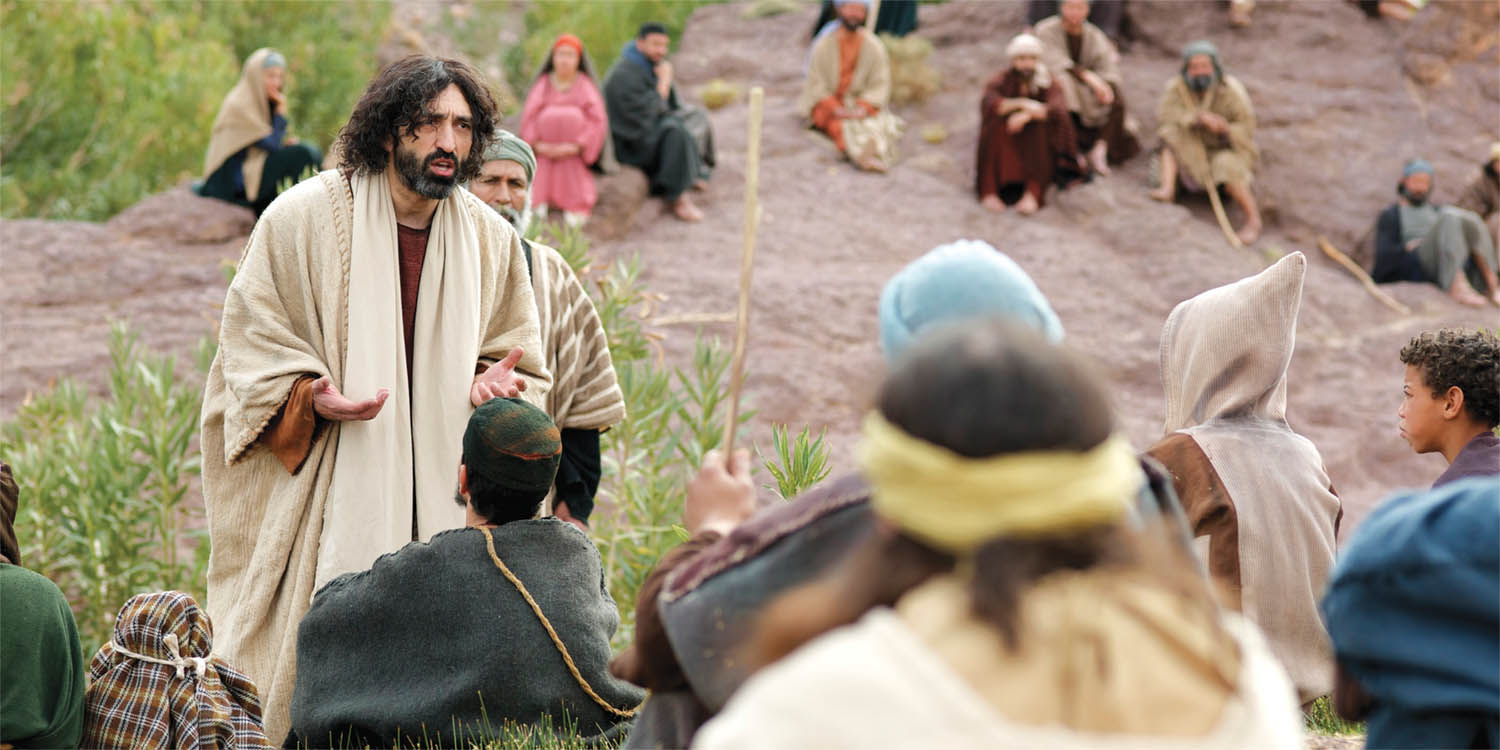 Jesus is the Bread of Life

For the first time, disciples abandoned Jesus and walked away.

They said, “This is a hard teaching. Who can accept it?” (John 6:60) Many left Jesus, although they had been following him for a while. They were dismayed by a sermon unlike any they had ever heard: the Bread of Life discourse found in the sixth chapter of John.

The crowd wanted another miracle, but Jesus had other ideas.

Jesus had just fed thousands of people with a few loaves of bread, miraculously multiplying the loaves so that all had plenty to eat. The crowd wants him to work another such miracle. Instead, he urges them to seek the bread that comes from heaven and lasts forever. He declares, “I am the bread of life. Whoever comes to me will never hunger, and whoever believes in me will never thirst.” (v. 36) He has come down from heaven to bring eternal life.

When the crowd objects, Jesus emphasizes his point even more.

They ask themselves how Jesus can say that he comes down from heaven. Isn’t he just an ordinary man? In response, Jesus continues to speak as if he believes himself to be God: “I am the bread of life. Your ancestors ate the manna in the wilderness, yet they died… I am the living bread that came down from heaven. Whoever eats this bread will live forever.” (v. 48-51) His sermon then takes an even more surprising turn: “This bread is my flesh, which I will give for the life of the world.” (v. 51)

“How can this man give us his flesh to eat?”

The crowd takes Jesus literally and begins to object. At other times when Jesus is misunderstood, he explains that he is speaking metaphorically (see Matt 16:11 or John 11:14). Instead, he does the opposite here, switching to even more forceful language, using words in the original language that mean “to gnaw on,” as animals eat, rather than the usual word for eating or feeding.

“My flesh is true food and my blood is true drink.”

Many of his followers leave, and Jesus lets them leave.

This is the only time in the Gospels when disciples of Jesus leave him due to one of his teachings. He does not run after them and exclaim that it is all an elaborate metaphor. He allows them to leave, for they have understood him correctly. When he asks the apostles if they too will leave, Peter responds, “Lord, to whom shall we go? You have the words of everlasting life.” (v. 68) Their faith would be rewarded a year later at the Last Supper, when Jesus will feed them for the first time with the Bread of Life. 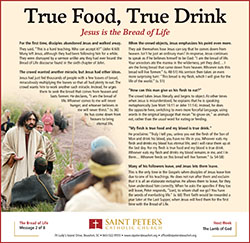