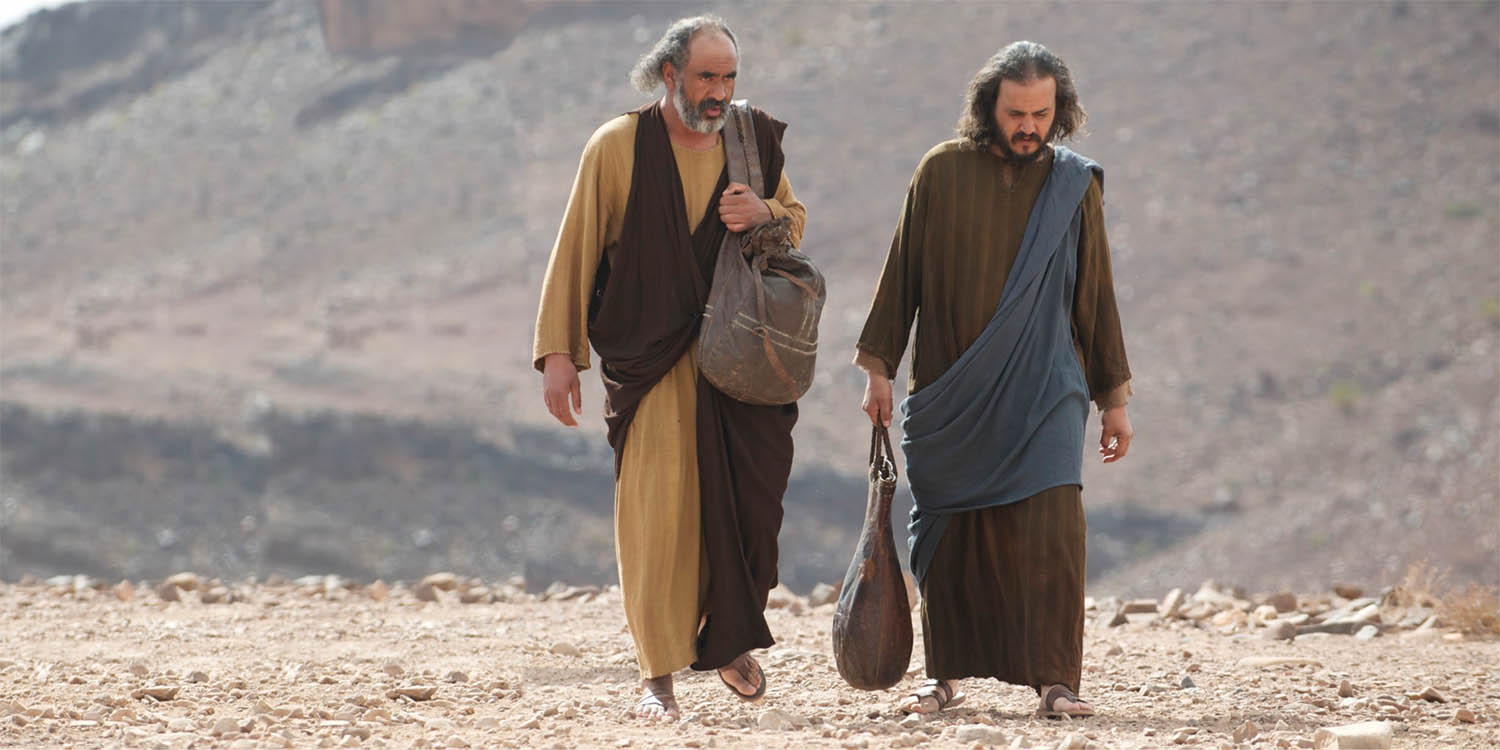 Jesus Works Through the Apostles

Jesus is going to be visiting your village!

Imagine living in Israel two thousand years ago, during the ministry of Jesus. You have heard that this carpenter from Nazareth teaches like no one has ever taught before. He performs miracles, heals the sick, and casts out demons. Your neighbors say that he is nearby, and he will be passing through your village today!

After they introduce themselves as disciples of Jesus, you are greatly disappointed. Instead of coming to your village in person, Jesus has sent them in his place. To everyone’s surprise, the disciples begin to preach very powerfully about the kingdom of heaven. They also cure the sick and cast out demons, just like their master!

Jesus would often send out the twelve apostles in this way.

He sent them to teach and perform miracles.  “As you go, proclaim this message: ‘The kingdom of heaven is at hand.’ Heal the sick, raise the dead, cleanse those who have leprosy, drive out demons.” (Matthew 10:7; see also Mark 6:7 and Luke 9:1.) He gave them his power and authority, meaning that they were able to speak and act in his name. Through the apostles, Jesus would minister to many people in many different places.

Why would Jesus send his apostles, instead of going himself?

Jesus was not a normal man, but God himself. He became one of us so that we can know him and have eternal life with him. Doesn’t it seem odd that Jesus would send weak, sinful human beings to do his work, when he was on earth and able to go personally?

Jesus was training the apostles for their future roles.

He knew that his earthly ministry would last only a few years; after his death and Resurrection, he would return to his heavenly Father. But the human heart would continue to need Jesus and his teaching, his healing, his forgiveness. His plan was to prepare the apostles so that they could be sent out and continue his ministry when he was no longer on earth. Through the apostles, Jesus would continue to invite countless people to know him and share in his divine life.

Jesus continues his ministry through the apostles.

As one reads the Acts of the Apostles, this plan of Jesus comes true. Sent out with his authority and power, the apostles begin to proclaim the kingdom of God and call their listeners to repentance. In his name, they heal the sick, cast out demons, and even raise the dead! (For example, Peter raises Tabitha from the dead in Acts 9.) The power is not their own, but Jesus working through them. Jesus forms a wonderful family of faith, the Church, through which he continues his ministry in amazing and unexpected ways. 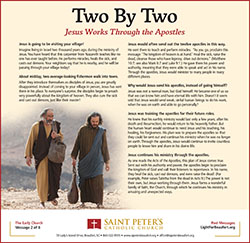