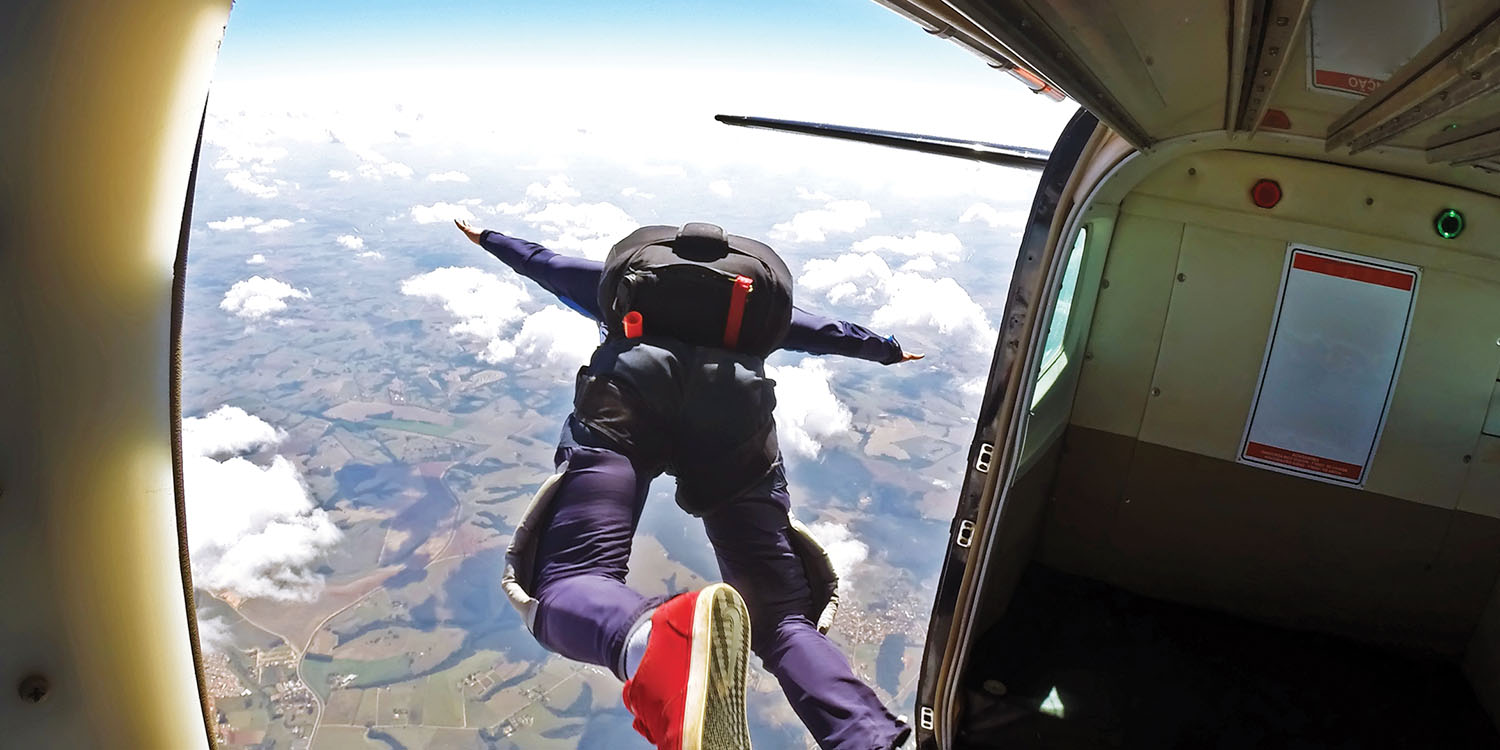 A Leap of Faith

Choosing to Believe in God

Would you jump from a plane without a parachute?

If you are in a plane high in the sky, it would be crazy to jump out without a parachute. Even if you were convinced that this was a good idea, such an action would fly in the face of all available logic. There would be no reason to expect to survive.

This is how many people imagine faith.

Religious faith is commonly misunderstood today to be merely a feeling or a preference, something that has nothing to do with reason or evidence. In such a case, belief in God would require a blind leap of faith, as apparently irrational as jumping out of a plane without a parachute.

What if you had a good parachute?

Suppose you are standing in the plane with a working parachute. It is engineered for a person of your size and weight, and you have been trained in its use. Knowing all of these things, jumping can be seen as a reasonable course of action. You have every reason to expect that, should you jump, you will land safely. But even with all of this evidence, at some point you still have to make the choice: will you jump?

There are good reasons for faith in God.

In this series of faith messages, we have been exploring some of the reasons for faith in God. Persuasive arguments can be made from observations of the universe, such as its existence from nothing and its apparent fine-tuning. Important evidence can also be found in human nature, such as the laws of morality and the yearning we experience for something beyond this world. These clues each have their limits, but taken as a group they have a cumulative effect and carry weight.

Faith and reason are meant to go together.

In the traditional Christian understanding, faith and reason are meant to support one another. We use our intellect to look at the evidence, and this can open our hearts to help us receive the gift of faith. We can see that faith in God is actually quite reasonable, not contrary to common sense or science at all. But at some point, we still have to choose to make the leap of faith. We have to choose to believe in God and begin a new life with him.

Why not ask God for the gift of faith?

We cannot make the leap of faith on our own power; faith is a gift we receive from God. If you are unsure whether God exists, why not ask him to reveal himself to you? You can pray a simple prayer, such as, “God, I don’t know if you are real, but if you are, please help me to know you.” Even though you will probably not experience a miraculous sign or a voice from heaven, God will gradually reveal himself to those who seek him. If he does not exist, you lose nothing, but if he does exist, you gain a treasure beyond price.