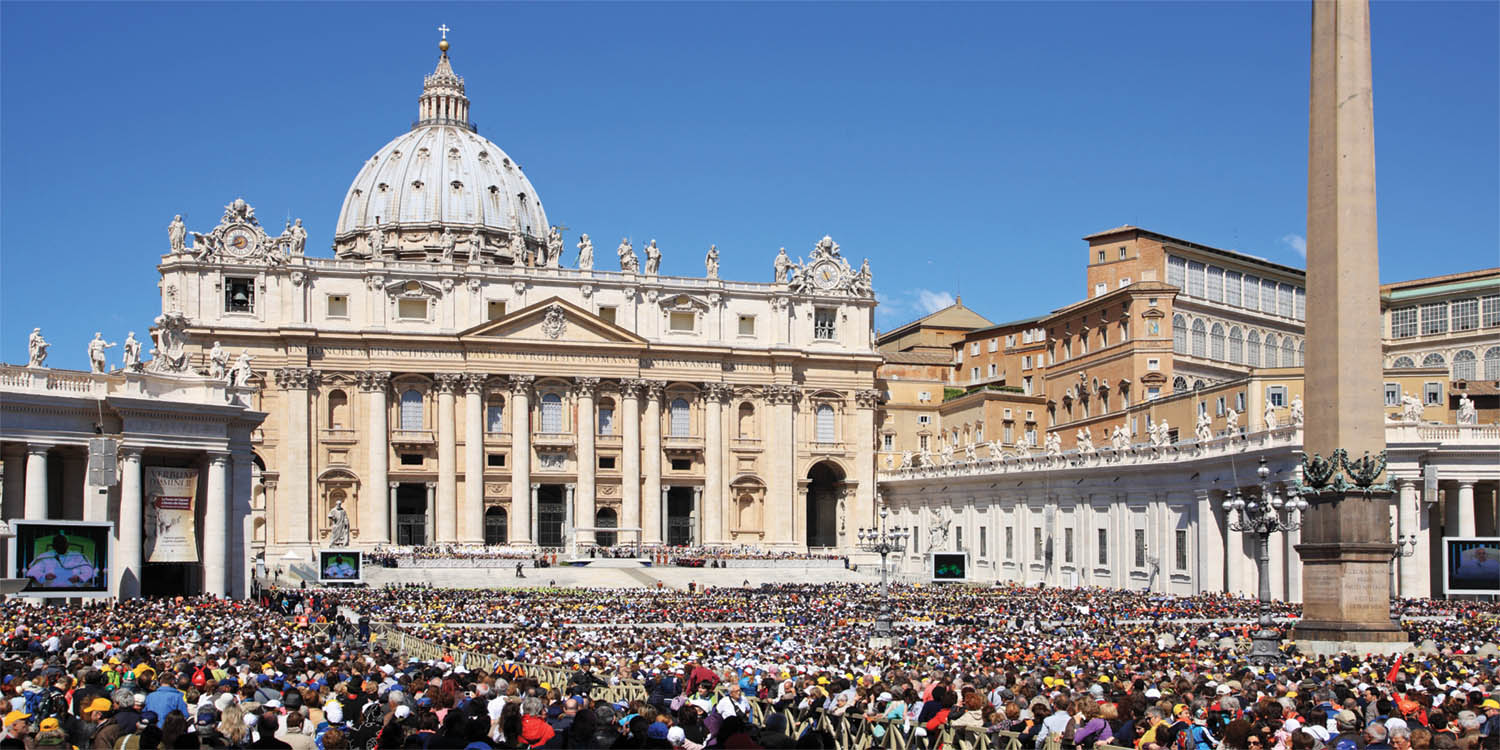 The Catholic Church is One

When there are large celebrations in Rome, the square is filled with Catholic faithful from around the world. Even though they come from different ethnic groups, social classes, and nations, there is a marvelous sense of unity as a single Church. They may not speak the same language, but they are bound closely as brothers and sisters in faith. It is a beautiful example of how the Catholic Church embraces all people and unites them as one family of faith.

Like the early Church, the Catholic Church is united by Jesus.

In the New Testament, local churches were formed in each city or region. But Christians took for granted that they were part of a larger spiritual family, spread over many languages and lands. Jesus united them as his visible body on earth; his followers shared the same teachings, worship, and apostolic leadership. This is what one still finds today in the Catholic Church.

Catholics are united in the faith received from the apostles.

Just as the apostles went and proclaimed one Gospel to all who would listen, the Catholic Church still proclaims that same message throughout the world. Catholic beliefs do not vary from place to place. The Nicene Creed is professed every Sunday, for example, in every Catholic parish in the world. There are no hidden teachings; all who desire can know the Catholic faith and ask God for his help to live in accord with these truths.

Catholics are united in worship.

Every Sunday throughout the world, Catholics unite in their local churches for the celebration of the Eucharist. The prayers and Scripture readings are the same across the world, but translated into the local language. By their baptism, Catholics are united as adopted sons and daughters of God the Father. By receiving Holy Communion, Catholics not only become intimately united with Jesus, but also united with one another as a spiritual family.

Catholics are united by apostolic leadership.

Most Christian communities are led by a pastor or another leader. The Catholic Church is also led by a pastor, whom we call the pope. As discussed in the previous message, Catholics recognize the pope as the successor to Peter and the bishops as successors to the apostles. Just as the early Christians remained united in the faith through the ministry of Peter and the apostles, Jesus still shepherds his flock today through the ministry of the pope and the bishops.

There are many beautiful ways of living the Catholic faith.

One might imagine that this unity means that all Catholics are exactly the same, with a boring lack of individuality, but this is not the case. Different cultures bring their own unique ways of expressing the faith, and individuals find within the Church a great variety of prayer forms, spiritual practices, and callings. Helped by their spiritual family, each person is called on a unique journey, walking with Jesus to become the saint that he is calling them to be. 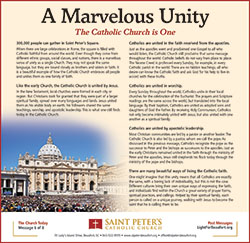