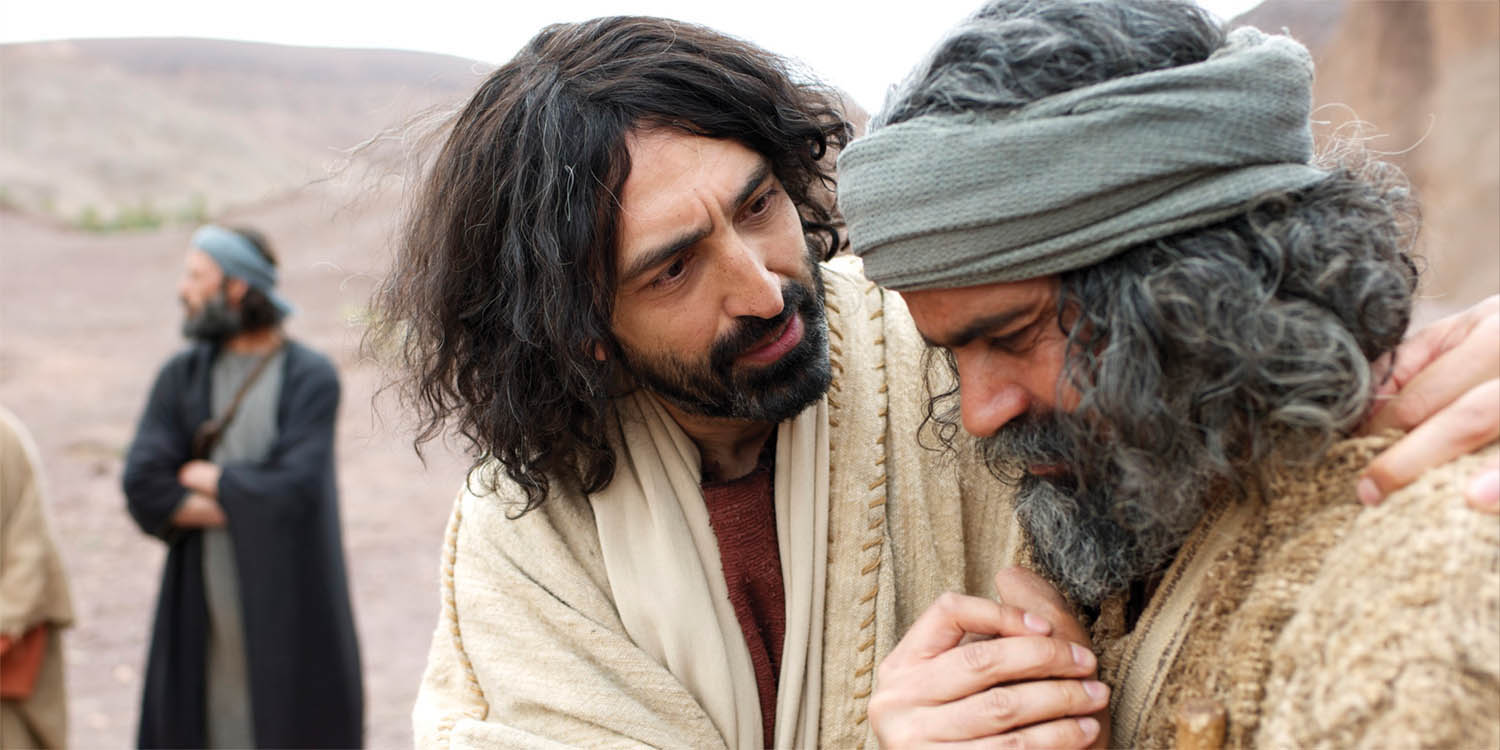 Built on the Apostles

Leadership in the Early Church

The Founding Fathers knew our nation would need leaders.

When our nation began, the Founding Fathers recognized that we would need elected leaders. The need for leadership would not only be for the first generation of Americans, but for the entire existence of our country. The presidency, for example, was designed to be an office that outlived George Washington. The nation would always be led by a president, a successor to Washington.

Jesus knew humanity even better than the Founding Fathers.

He knew that his family of faith, the Church, would always need leaders. He called and trained the apostles to be the first leaders of the Church, but their office would continue past their lifetime. The authority he gave them was not only meant for the first generation of Christians, but to be passed down through the generations, so that his family of faith would always be led by successors of the apostles.

The ministry of the apostles was meant to continue.

At the start of Acts, Peter reminds the apostles that they need to choose a replacement for Judas, “to take over this apostolic ministry.” Guided by God, they chose Matthias, who “was added to the eleven apostles.” (Acts 1:12-26) This event shows that the apostles understood their ministry to be an ongoing office, greater than any one of them as individuals. Matthias was the successor to Judas in his office of apostle.

As the Church grew, more leaders were needed.

Timothy received his authority from Paul.

After mentoring Timothy for many years, Paul made Timothy a bishop. Paul encouraged Timothy, reminding the young bishop of the gift he received from God “through the laying on of my hands.” (2 Tim 1:6) Paul also tells Timothy to “not be hasty in the laying on of hands,” meaning that he must be careful in choosing additional leaders. (1 Tim 5:22) Here one sees three generations of leaders: Paul, Timothy, and those to whom Timothy will pass on authority.

In Acts, Jesus provides leaders for his Church family.

People were not starting their own churches, leading a congregation on their own authority. Divine authority was given by Jesus to the apostles, who themselves passed on this authority to carefully chosen leaders. In this way, the ministry of the apostles would continue in each generation. Jesus would always be with his people, guiding them and teaching them as a united family of faith. 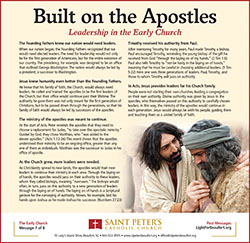