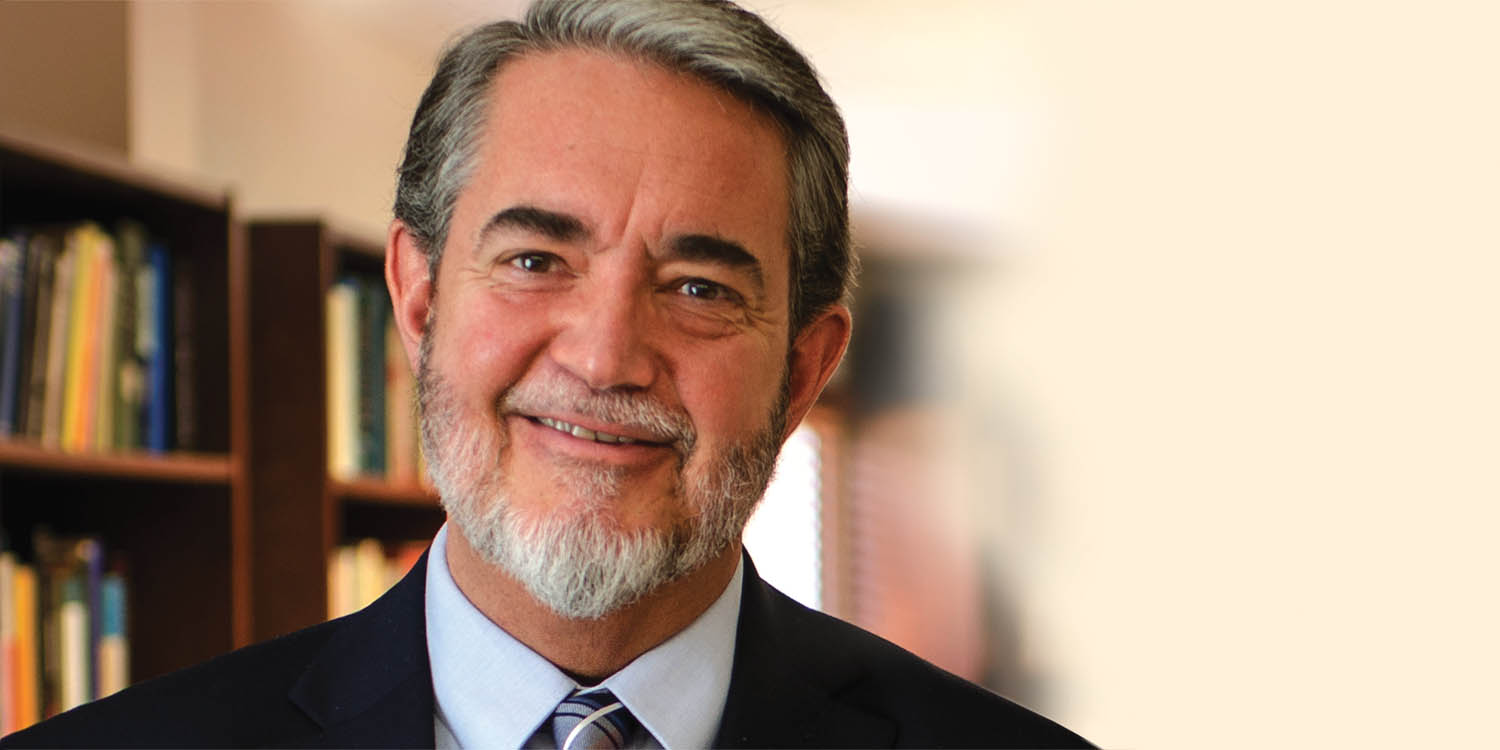 The Conversion of Scott Hahn

Like many, Scott grew up without a religious upbringing.

As a teenager he had begun heading down a bad path. But in tenth grade, a minister from YoungLife helped introduce him to Jesus. Scott accepted Jesus as his Lord and Savior, and his life began to turn around. He eagerly studied Scripture and began to share the Gospel with others. He especially loved to share with Catholic classmates, who he believed were being taken in by a false Christian religion.

He went to seminary and became a successful pastor.

After graduating at the top of his class, Scott was asked to lead a growing Presbyterian congregation. They were delighted as he shared with them the “big picture” of the Bible, how God began a rescue mission by gradually forming a family of faith. Through Jesus, all peoples and nations are now invited to be part of this family of faith, united as sons and daughters of God the Father.

Scott was surprised to notice an unexpected pattern.

The treasures he was discovering in Scripture seemed eerily similar to what he had heard of Catholic beliefs. The more he researched from Catholic sources, the more he was amazed to find that the Catholic faith had very sound, biblical answers to his questions. He realized that most of his objections had been based on misunderstandings of Catholic beliefs.

He began to be convinced about the Catholic Church.

Scott studied and prayed, seeking to follow the evidence wherever it led. As much as his emotions didn’t want it to be true, the Scriptural and historical evidence was pointing toward a surprising conclusion: despite its many human flaws, the Catholic Church is actually the spiritual family founded by Jesus, the same Church described in Acts!

Scott was at a crossroads, spiritually and professionally.

If he became Catholic, how would he provide for his family? It would cause a tremendous strain in his marriage, and he would lose many of his friends. But he knew that he could not continue as a pastor and preach doctrines which he no longer believed. After much prayer, he contacted a local parish and became Catholic that Easter.

With joy, Scott realized he was finally home.

He was so grateful for the faith of his youth, and now he felt that this faith was fully blossoming. As he received the Eucharist for the first time, he was closer to Jesus than he had ever been. Scott rejoiced that he was now part of the family God started so long ago, with so many beautiful gifts, where his love for Jesus could grow ever deeper.

Dr. Scott Hahn is now a popular author, speaker, and professor. He is known for sharing the treasures of our faith in an engaging, down-to-earth manner. He shares his conversion story in Rome Sweet Home and the big picture of Scripture in A Father Who Keeps His Promises. 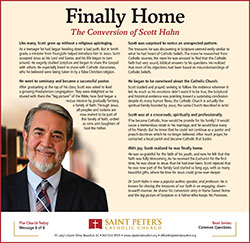