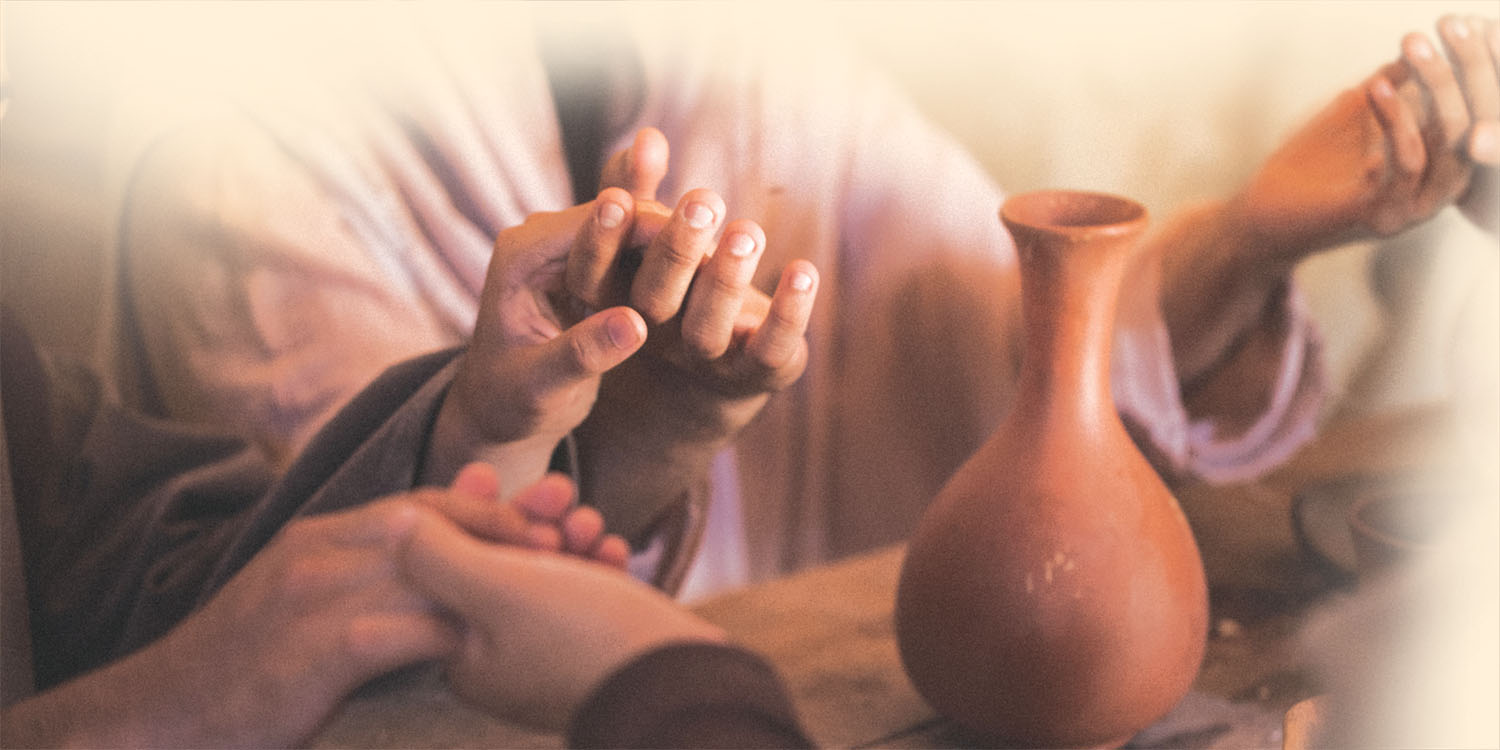 Holiness in the Early Church

The apostles were arrested and told to stop preaching.

Filled with the Holy Spirit, the apostles had already helped about five thousand people to believe in Christ and be baptized. As the Church grew, the Jewish authorities in Jerusalem became alarmed. They arrested the apostles and threatened to put them to death if they did not stop teaching in the name of Jesus.

“We must obey God rather than men!”

The apostles stood up to their captors, insisting that they must speak about what they had seen and heard. They must obey God rather than men. The Jewish leaders eventually decided not to put the apostles to death, but to have them flogged instead: struck with thirty-nine lashes of the whip. Despite this severe punishment, the apostles left there “rejoicing that they been counted worthy of suffering disgrace for the name of Jesus.” (Acts 5:17-42)

How the apostles have changed!

When Jesus had been arrested and put to death on the cross, the apostles had abandoned their master in his time of greatest need. They had run away, terrified for their own lives. Only John was brave enough to be present as Jesus was crucified. And yet only a couple of months later, these same men have become fearless! They are now willing to endure all sufferings, even risk death, out of love for Jesus.

There was something different about the early Christians.

They devoted themselves to learning from the apostles, worshipping together, and living as a faith community. They sold their property and possessions so that they could care for each other and for the poor. Others could see that the Christians were living a new life. They were no longer the same; something had changed! (Acts 2:42-47)

In Scripture, holy means to be set apart for service to God. The temple in Jerusalem, for example, was holy because it was dedicated to worship of God. The early Christians were holy in this sense, in that they were called to be a people set apart and dedicated to God. Jesus invited his followers to unite with himself, and thus to begin to share in his own divine life. To be sure, they will still struggle with sin and brokenness. But they are given grace to gradually become holy like Jesus, to take part in his love and his goodness.

Through his Church, Jesus invites all to a life of holiness.

Through the preaching of the Church, Jesus shares the Good News and invites people to follow him. In the waters of Baptism, Jesus washes away sin and gives his followers new life. In the celebration of the Lord’s Supper, Jesus nourishes his flock with the Bread of Life. Through his family of faith, Jesus teaches his followers how to worship, how to pray, and how to live a life of goodness and truth. The Church is holy not because its members are perfect, but because Jesus is holy, and because he works through his Church to invite everyone into a deeper union with himself, and so share in his holiness. 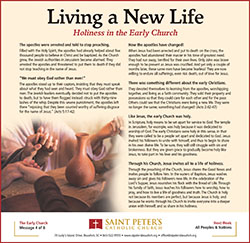