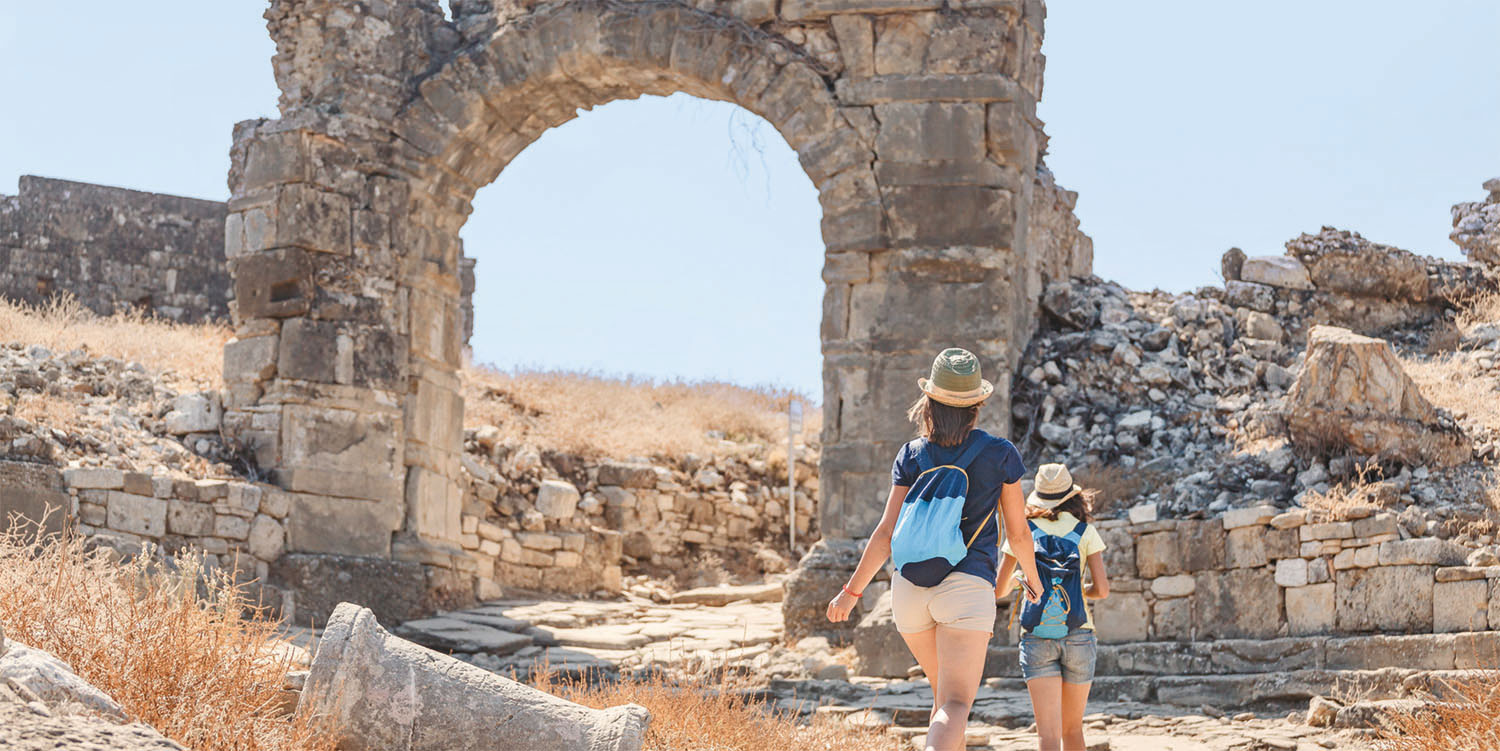 Not Common Food or Drink

The Witness of Justin Martyr

What if the early Christians left us a time capsule?

It is always fun when time capsules are discovered and opened up. Hidden or buried generations ago, they allow us to see how the people of that time lived and what they treasured. We are blessed to have a written time capsule from the early Christians, thanks to Justin Martyr, a famous Christian teacher in the second century who gave his life for Jesus and whose writings can still be read today.

Justin defended the Christian faith to the Roman Emperor.

In order to end the empire’s persecution of Christians, Justin wrote an open letter to the emperor himself around the year 150, explaining and defending Christianity in great detail. His account offers us a fascinating snapshot of Christian beliefs and practices in his day, barely a century after Jesus. Unlike the letters of Ignatius of Antioch, written to fellow Christians a few decades earlier, Justin’s work is a systematic explanation for the benefit of non-Christians.

Justin describes the Christian worship and practices of his day.

He writes that they gather together every Sunday, for “Jesus Christ our Savior rose from the dead on the same day.” There are readings from “the memoirs of the Apostles and the Prophets.” The leader verbally instructs those present, “exhorting the imitation of these good things.” Then bread and wine are brought forward, and the leader prays over them at considerable length, using the words of Jesus at the Last Supper. The bread and wine are then given to the people to receive. Afterward, deacons take a portion of this bread to those who are too sick to come to the worship.

Justin explains, “This food is called among us the Eucharist.”

Not everyone is allowed to receive the Eucharist, he explains, but only those who share their beliefs, have been baptized, and are living a holy life. “For not as common bread and common drink do we receive these; but in like manner as Jesus Christ our Savior, having been made flesh by the Word of God, had both flesh and blood for our salvation, so likewise have we been taught that the food which is blessed by the prayer of his word… is the flesh and blood of that Jesus who was made flesh.” The Christians of Justin’s day believed that the Eucharist is truly the body and blood of Jesus, not a symbol.

Justin is one of many “Early Church Fathers.”

The Early Church Fathers are Christian leaders from the first few centuries. As one reads their writings, one recognizes worship, practices, and beliefs that are still associated with the Catholic Church today. In particular, it is striking how much the Eucharist is central to their Sunday worship, and how these early Christians truly believed that Jesus is miraculously present in the Eucharist. Today, in Catholic churches throughout the world, Jesus continues to be present in our midst and offer himself to us as the Bread of Life.

One can read Justin’s letter by searching online for “The First Apology of Justin Martyr.” (“Apology” here means “explanation.”) He describes Sunday worship in the final three paragraphs. 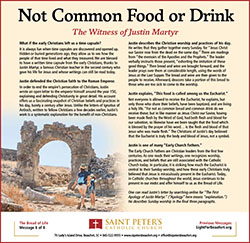