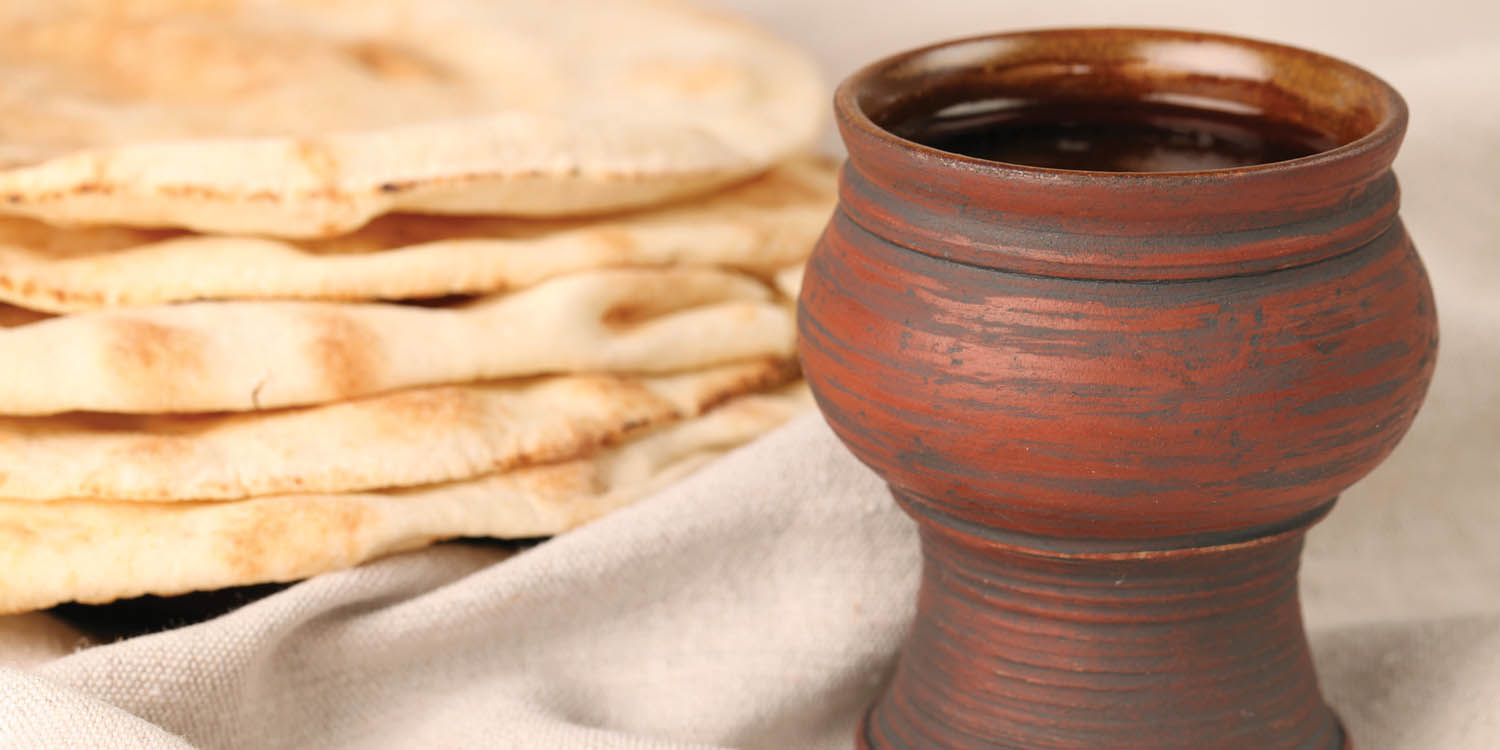 The Witness of Ignatius of Antioch

Ignatius of Antioch was a disciple of John the Apostle.

Born around the year 50, Ignatius learned the faith directly from the apostle John! Ignatius became the bishop of Antioch in modern-day Turkey. In the year 108, he was arrested for refusing to renounce his Christian faith. Soldiers took him in chains to Rome to be put to death. Along the way, he wrote seven short letters to the local Christian communities. These letters can still be read today, offering an amazing glimpse into the faith of the early Christians.

In his letters, we find the first uses of the word “Eucharist.”

From the verb meaning “to give thanks” in Greek, Ignatius uses Eucharist to describe the celebration of the Lord’s Supper and the blessed bread and wine one receives in the Supper. He writes as if it is already a common expression among the Christians of his day, rather than a new word he is introducing for the first time.

The Eucharist is central to Christian life.

In his writings, the Eucharist is at the heart of Christian worship and spiritual life. Christians are united by their common celebration of the Eucharist, led by their bishop, presbyters (priests), and deacons. The Eucharist is not a symbol, but truly Jesus giving himself as the Bread of Life. In his letter to the Ephesians, he beautifully describes the Eucharist as “the medicine of immortality, and the antidote we take in order not to die but to live forever in Christ Jesus.”

The Eucharist is truly the flesh and blood of Jesus.

Cautioning the church at Smyrna against the errors of a heretical group, Ignatius writes, “They abstain from the Eucharist and from prayer because they do not confess that the Eucharist is the flesh of our Savior Jesus Christ, flesh which suffered for our sins and which that Father, in his goodness, raised up again.” Ignatius takes for granted that authentic Christians participate in the Lord’s Supper and that the Eucharist is truly the body and blood of Jesus. The Eucharist is a union with the Lord’s glorified body: his body which has been crucified, raised from the dead, and is now in heaven.

The Eucharist is the source of Christian unity.

In his letter to the church at Philadelphia, he writes, “Make it a point, then, to participate in one Eucharist. For the flesh of our Lord Jesus Christ is one, and one is the cup that yields unity in his blood.” Here, Ignatius echoes the teaching of Paul. (1 Cor 10:17) The Eucharist does not celebrate the unity of Christians, but actually brings that unity about, for the believers each become truly one with Jesus as they receive him in Holy Communion, and thus one with each other.

Strengthened by the Eucharist, Ignatius gave his life for Jesus.

When he arrived in Rome, he was put to death by being fed to wild animals for public entertainment. He declared, “It is better for me to die on behalf of Jesus Christ, than to reign over all the ends of the earth.” After a lifetime of uniting himself to Jesus in the Eucharist, Ignatius was ready to imitate his Lord and Savior, courageously sacrificing his life out of love for Jesus. 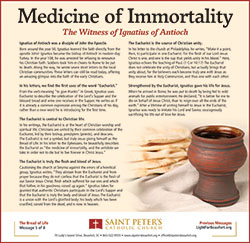