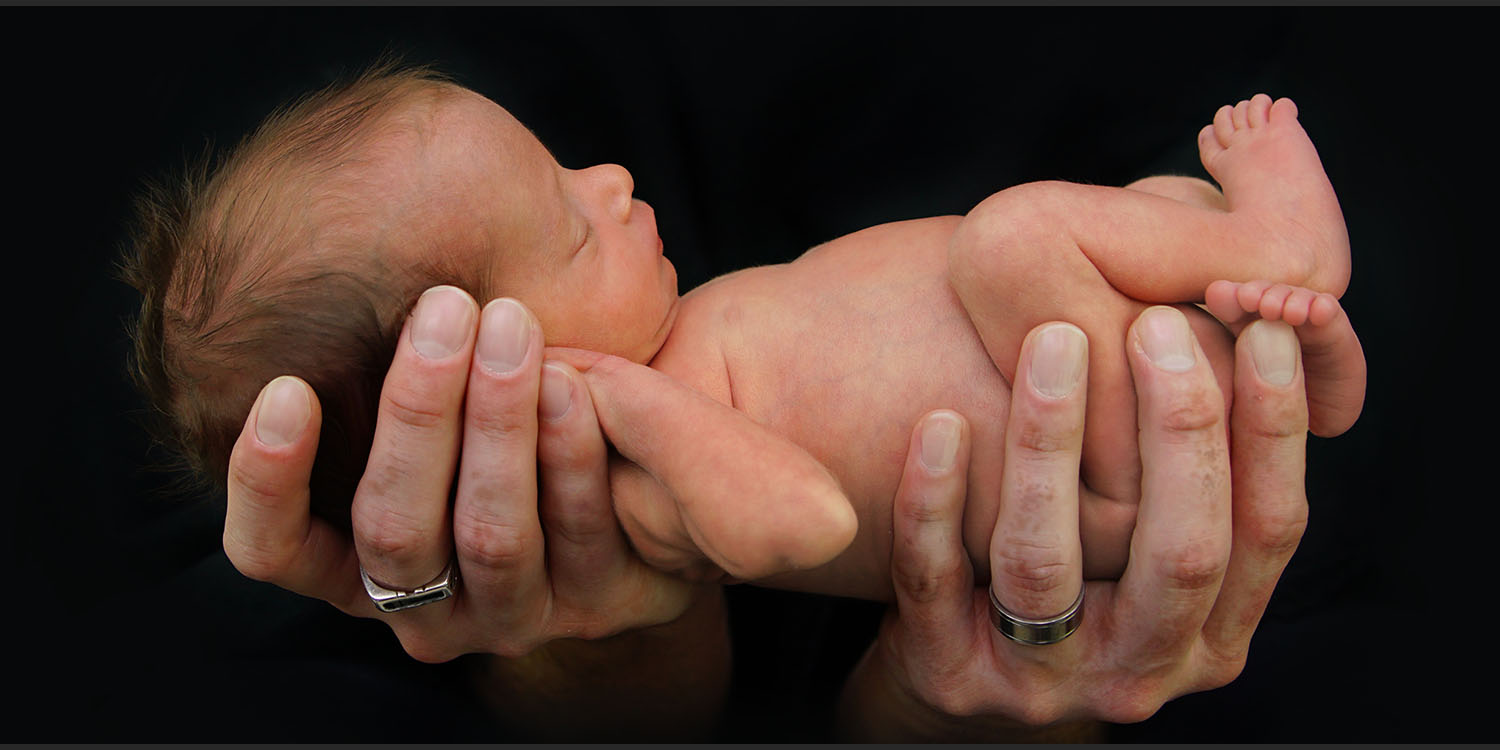 About 4000 years ago, God began his divine rescue mission.

Rather than choosing someone powerful or famous to begin his family of faith, God calls an ordinary man living in the ancient city of Haran, in modern-day Turkey. Abraham and his wife Sarah have enough means to live comfortably, but they had never been blessed with a child, and now they are far past childbearing years.

At age 75, Abraham receives a special mission from God.

God tells him, “Go forth from your land, your relatives, and from your father’s house to a land that I will show you.” (Gen 12:1) This new land would be Canaan, hundreds of miles away to the south. God then makes Abraham three amazing promises.

First, from Abraham will come a nation.

God promises, “I will make you into a great nation, and I will bless you.” (Gen 12:2) By this, Abraham understands that God is promising that he and Sarah would conceive in their old age, and that their descendants would be so numerous that they would one day form an entire nation. Since every nation needs its own land, God promises Canaan to Abraham and his descendants.

Second, from Abraham will come a dynasty.

God promises, “I will make your name great, and you will be a blessing.” (Gen 12:2) In biblical terminology, this is not just a promise to have a famous name or be greatly esteemed by others. Rather, it means a dynasty will come from Abraham’s descendants, a line of kings who will rule over other nations.

Third, from Abraham will come a worldwide blessing.

God promises, “All peoples on earth will be blessed through you.” (Gen 12:2) This means that the blessings poured out upon Abraham will not only benefit Abraham and his descendants. Rather, somehow God will bless the entire world through the family begun by Abraham and Sarah.

Abraham has faith and trusts God.

He leaves his homeland with Sarah, his relatives, and all those in his household, and together they begin the long journey south. God helps Abraham through different trials, and after many years he gives Abraham and Sarah the miraculous blessing of a son, Isaac. On various occasions, God tests Abraham’s faith and then solemnly reaffirms his promises to Abraham. Abraham and his descendants were meant to be a special people chosen by God.

With the “yes” of one faithful man, God begins his family of faith. 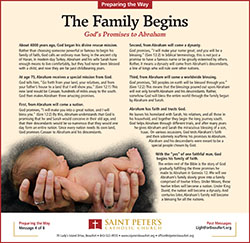