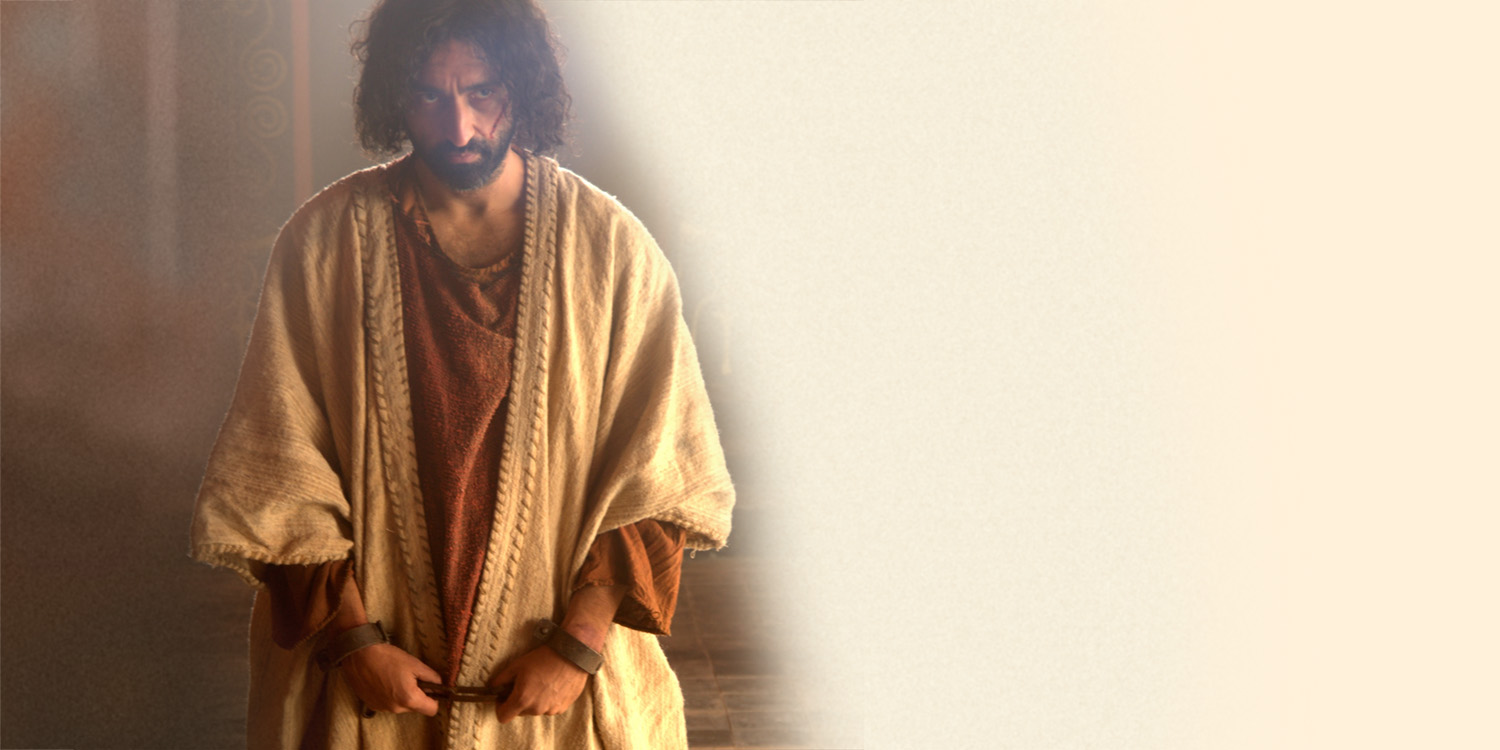 A Man of Truth

Jesus Was Not a Liar

What if Jesus knew that he wasn’t God, but said so anyway?

In the Gospels, Jesus clearly claims to be divine. In the previous article, we examined the possibility that Jesus was insane or delusional. Another possibility is that Jesus did not actually believe this about himself. In other words, he was lying and intentionally deceiving his followers about his identity. Similar to the theory of insanity, such an explanation does not fit the evidence found in the Gospels.

Jesus was a man of truth and integrity.

Even non-believers recognize that Jesus was a good man and one of the greatest teachers in history. His teachings have resounded through the centuries because of their truth, goodness, and profound insight into the human heart. He did not change his message to make himself more popular or acceptable. He taught the truth, even when it caused him persecution from the religious leaders of his day, and even when it caused his followers to leave him.

If Jesus was lying, he was actually an evil person.

He would be the worst identity thief of all time, falsely persuading others that he is God. He would be a con artist, living a lie and preying on the gullibility of his followers. He would actually be one of the worst teachers in history, because he led his followers away from the true God and presented himself as the way to have eternal life.

Such a lie could only end in his death.

Israel was the last place someone would want to falsely claim to be God. Unlike their pagan neighbors, the Jewish people believed that there was only one God and that he was completely separate from his creation. They were not in any way expecting God to become a human being. To claim equality with God was the sin of blasphemy, punishable by death. It would have been much safer for Jesus to claim to be another human teacher sent by God, like Moses or Elijah, as had happened many times in Israel’s history.

A liar would have come clean at the end.

People are willing to die when they believe something is true, but not for something they know to be a lie. If Jesus had been lying all along, he would have changed his story when he was arrested and faced with death by crucifixion. Instead, he clearly reaffirms his divine identity before the religious authorities. (Mark 14:62) As he dies on the Cross, he maintains his divine identity to his last breath.

Jesus truly believed himself to be God.

As one reads the Gospels, seeing the beautiful way that Jesus lived and taught, it is very hard to conclude that he was a man living a lie. His ministry did not bring him money, power, or other worldly rewards, but only persecution and death on the Cross. The best explanation is that Jesus was truly the good and truthful person he seems to be. He was not a liar, but truly believed himself to be God. 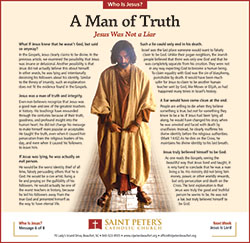