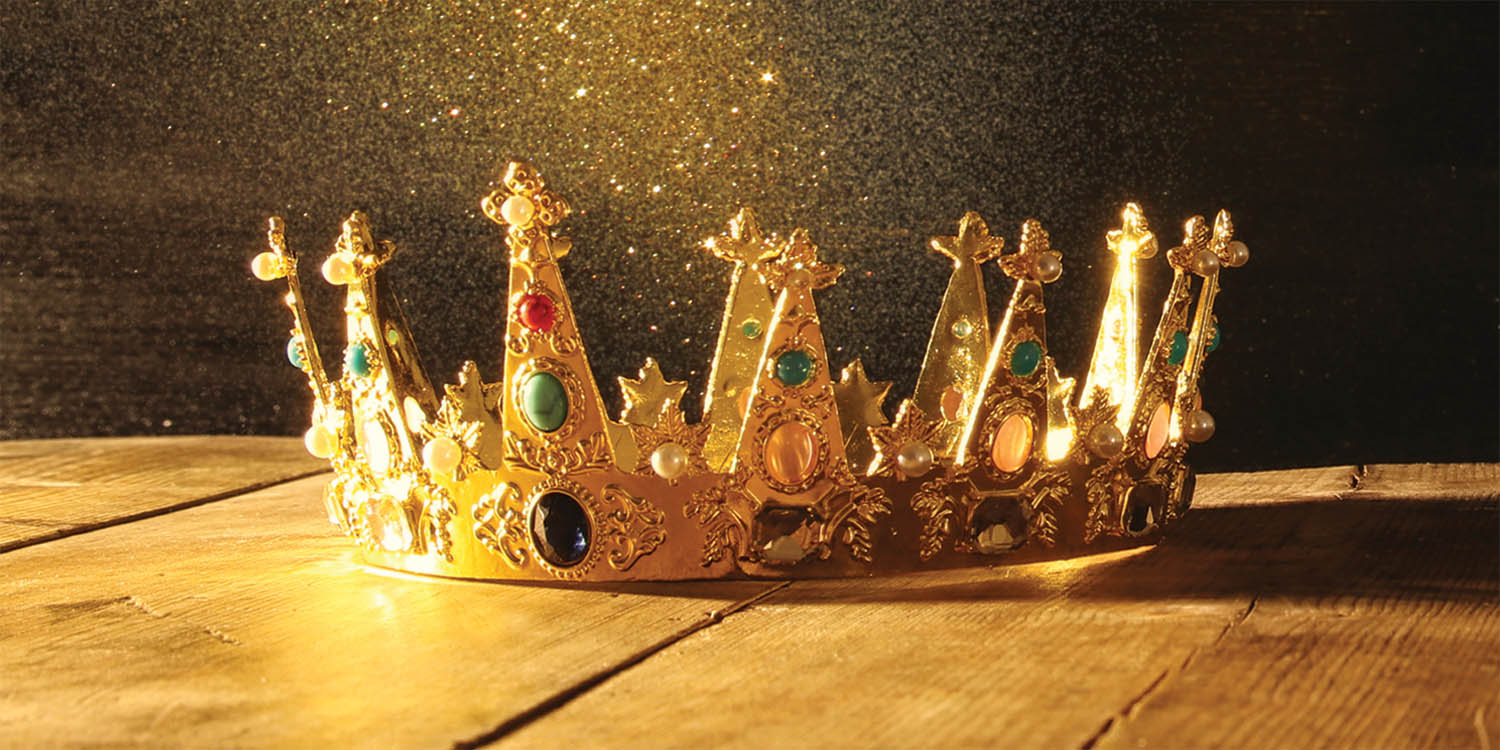 The Dynasty of King David

A shepherd takes down a giant.

Under the leadership of Saul, the first king of Israel, the Israelites take to the field of battle against the Philistines. From the enemy’s ranks steps a large warrior named Goliath, who taunts the Israelites and demands a duel. With King Saul’s blessing, a young Israelite shepherd named David confronts the giant with no more than five smooth stones and a sling. Placing his trust in the living Lord, the God of Israel, David slays Goliath with a single stone, causing the Philistines to flee in fear.

The youngest of eight sons, he first came into Saul’s service as the court musician. After the victory over Goliath, Saul makes David an officer in his army. David quickly earns the respect of his soldiers, proving himself an excellent strategist and an inspirational leader. He becomes Saul’s most important and trusted general, helping to conquer many of the surrounding nations.

Upon the death of Saul, David is chosen by God to become the new king. He conquers the great mountain stronghold of Jerusalem and makes it the capital of Israel. Under his leadership, the remaining countries around Israel are subdued. In the forty years of his rule, the kingdom of Israel experiences a new era of peace and prosperity.

God promises to make a great line of kings from David.

Through the prophet Nathan, God makes an amazing promise to David. God will raise up David’s son as his successor in the kingdom, and he will look upon this successor as his own son. “Your house and your kingdom will endure forever before me; your throne will be established forever.” (2 Samuel 7:16) David rejoices in this promise of an everlasting kingdom; it is a greater promise than anything he could have imagined.

Under David, God’s second promise to Abraham is fulfilled.

A thousand years earlier, God had promised Abraham that his descendants would grow into a great nation. This was fulfilled at Mount Sinai during the time of Moses. God had also promised that he would make Abraham’s name great. In biblical language, this means that from his descendants would come a royal dynasty, in which a king rules over other nations. Through King David, Israel becomes an international dynasty, with nations paying tribute and coming to know God through the Israelite people.

How will God continue to bless his family of faith?

In the centuries that follow, Israel will diminish in power and the line of Davidic kings will become a faded memory. How will God fulfill his promise to David of an everlasting kingdom? And how will God bring about his third promise to Abraham, that all peoples on earth will be blessed through him? 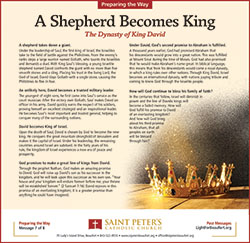