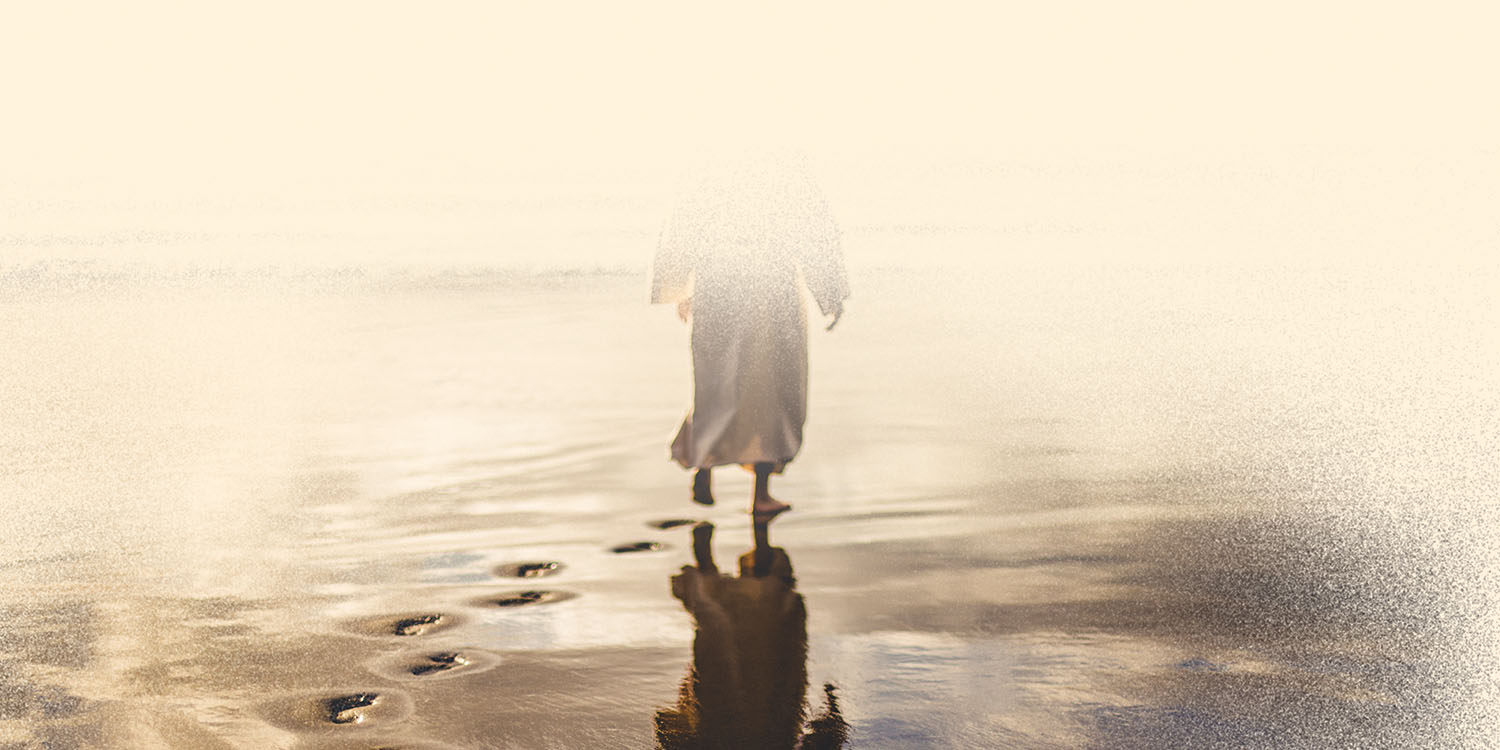 The glorious days of King David are a faint memory.

During the thousand years following his reign, the people of Israel were conquered several times and endured many hardships. At the start of the first century, Israel found itself without military power or glory, an unimportant province of the Roman Empire. God had promised that an everlasting kingdom would come from Israel, and that the entire world would be blessed through this family of faith. Had God forgotten his promises to his people?

In this time of uncertainty comes a man named Jesus.

He was born to a poor family and raised in Nazareth, a small town in the northern region of Israel called Galilee. There he lived a quiet life as a carpenter. At the age of about thirty, he began to travel throughout the countryside and towns of Israel, preaching a message that attracted people of all walks of life.

The crowds are amazed by his words and actions.

Jesus teaches as no one had ever taught, with a simplicity and a power that touches hearts. He shows great love and compassion to those who are seen as unimportant or without value. Wherever he goes, he performs great miracles. He heals the sick, the blind, and the lame. From those who are possessed, he casts out demons. He even forgives people their sins. On one occasion, after Jesus had shown control over nature, his followers ask, “Who is this, who even the wind and the sea obey?” (Mark 4:41)

His followers slowly begin to understand his true identity.

Jesus reveals himself to them little by little, so that they are not overwhelmed. They gradually come to recognize that he is not an ordinary man. Something completely and utterly unthinkable has happened: God has actually entered into the world and become a human being! Like a warrior storming a castle to rescue his beloved, God had come personally into the world to save his people!

Jesus is the true Son of David, the true King of Israel.

As a descendant of King David, Jesus perfectly fulfills the promises given to David. He is truly the Son of God; he is the King whose kingdom will last forever. The Israelites expected a leader like David who would again make them victorious in battle, but Jesus does something much greater. By his death on the cross and his resurrection, Jesus defeats our greatest foes: sin and death. He allows humanity to once again be reunited to God.

Through Jesus, all peoples and nations are blessed.

Jesus fulfills the third promise to Abraham in a completely unexpected way. His victory was not meant for just the Israelite people, but for all peoples and nations. Through Jesus, the family of faith begun with Abraham expands into a worldwide family of faith, through which all peoples can come to know and to love him. Through his family of faith, Jesus continues to invite all to share in the victory he has won for us. 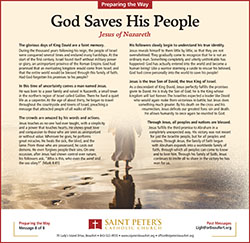