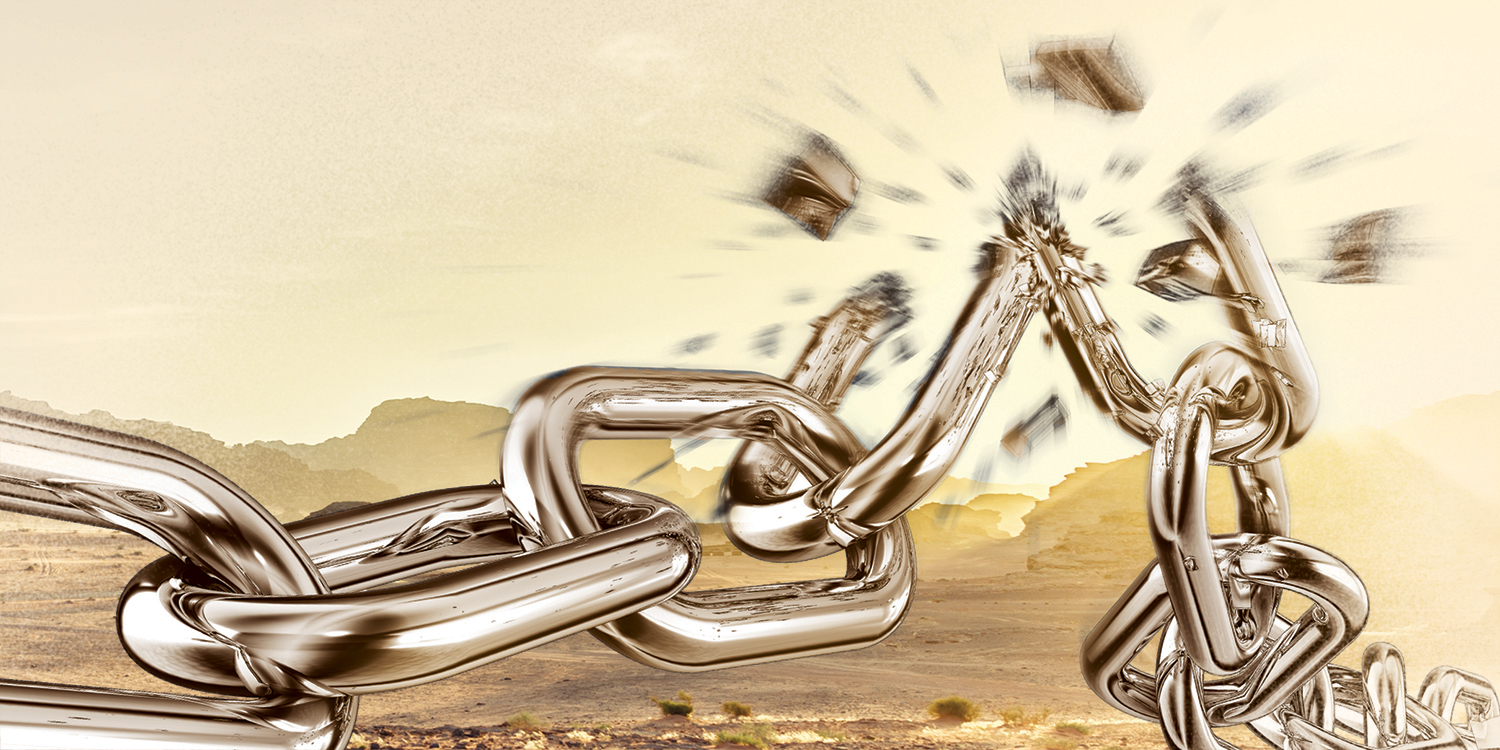 The Israelites Become a Nation

Centuries have passed since the days of Jacob.

Jacob, the grandson of Abraham, had received from God the new name Israel. In a time of famine, his twelve sons had moved to Egypt with their families. For four hundred years, they and their descendants remained in Egypt and flourished. They had now grown into twelve tribes, each numbering tens of thousands of people and each named after the son from whom they descended.

Seen as a threat by the Egyptians, the Israelites are enslaved.

Seeing how numerous the Israelites had grown, a new Pharaoh perceived them to be a threat to his rule. He ordered them all to be made slaves and forced them to do hard labor. In order to reduce the Israelite population, he ordered that when Israelite women give birth, only the baby girls be allowed to live. The Israelites cried out to God in their slavery and misfortune. (Exodus 1)

In the midst of these dark times, Moses is born.

A woman of the tribe of Levi gave birth to a boy, who was spared at birth and adopted by Pharaoh’s daughter. She named him Moses and raised him in the royal household. As an adult, Moses witnesses an Egyptian beating one of his fellow Israelites, and he kills the Egyptian in a moment of passion. Now in fear for his own life, he flees Egypt and takes up the life of a shepherd. (Exodus 2)

God reveals himself to Moses in the burning bush.

One day while tending his flock, Moses sees a strange sight: a bush is on fire on a nearby mountainside, but it is not burning up. When he goes to investigate, God reveals, “I am the God of your father, the God of Abraham, the God of Isaac, the God of Jacob.” (Ex 3:6) He has heard the cries of his people, and now, “I am sending you to Pharaoh to bring my people the Israelites out of Egypt.” (3:10)

With God’s help, Moses leads the Israelites out of Egypt.

After God causes many disasters to befall Egypt, Pharaoh finally gives in to the cry of Moses, “Let my people go!” The twelve tribes of Israel are allowed to leave Egypt with all of their possessions. Escaping through the Red Sea, God leads them to Mount Sinai, where Moses had encountered God in the burning bush.

At Mount Sinai, God calls the Israelites to be his people.

He gives them a special calling: “Out of all the nations you will be my treasured possession… a kingdom of priests and a holy nation.” (Ex 19:5-6) They will be his special people, through which all the other nations will come to know him. By following God’s commandments and worshipping him with love, the Israelites will be a light in the darkness helping others to know the true God. They descendants of Abraham, Isaac, and Jacob wholeheartedly agree.

The first promise to Abraham is fulfilled.

They had left Egypt as twelve tribes of people with a common ancestor. At Sinai, these twelve tribes are formed into a nation, the nation of Israel. God has fulfilled his first promise to Abraham: “I will make of you a great nation!” (Gen 12:2) 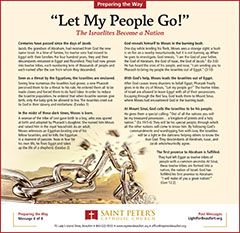