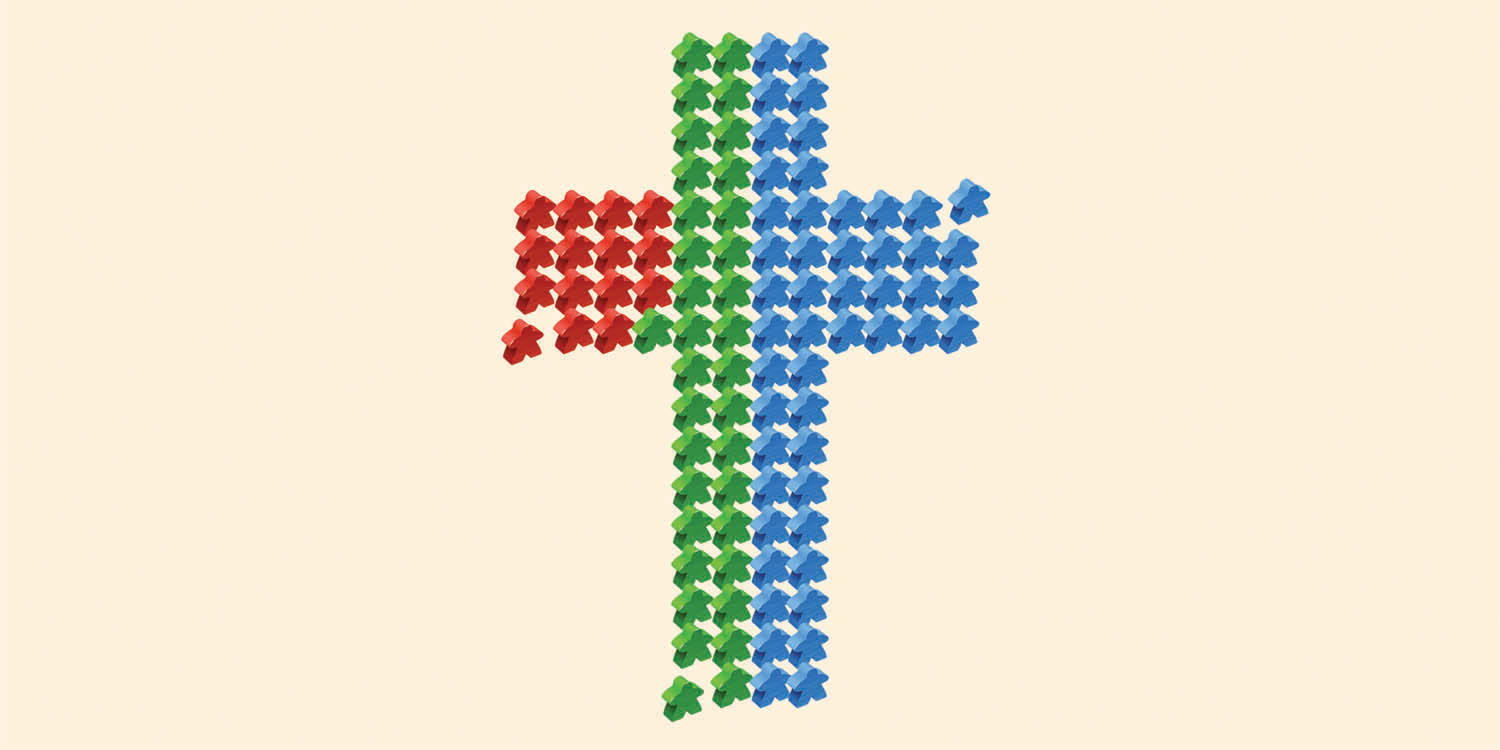 The Catholic Church is Universal

This cross represents the Christian population around the world.

The 50 blue figures remaining would be Catholic Christians.

Even though Catholics are a minority in many parts of the United States, Catholics represent just over half of the world’s Christians. Since Christians make up about a third of the world’s population, about one of every six people in the world is Catholic. This is one of the amazing things about the Catholic Church: it is a worldwide family that unites peoples of all cultures, nations, and backgrounds.

“Catholic” comes from the Greek word that means “universal.”

The Church has been called Catholic since at least the turn of the first century, when Ignatius of Antioch used the term to describe the Church started by Jesus. Just as a “universal remote” works for all televisions, when Ignatius spoke of the Church being universal, he meant that it includes all of humanity, rather than being limited to a particular area or demographic group.

Through the Church, Jesus begins to unite the human race into a new spiritual family.

In the Acts of the Apostles and the rest of the New Testament, one sees the Church spreading across all social and geographic boundaries. Gentiles and Jews became brothers and sisters in faith. Master and servant worshiped side by side. Rich and poor hoped for the same heavenly inheritance. Humanity, broken apart by sin, was starting to be reunited by Jesus into a new family of faith.

Wouldn’t we expect Christ’s Church to be universal?

Jesus commanded his apostles to go make disciples of all nations, teaching them to obey all that he had taught. (Matt 28:19-20) If Jesus has been guiding his Church for two thousand years, wouldn’t we expect the Church to have done as Jesus commanded? Wouldn’t we expect his Church to have spread everywhere, teaching consistently across the centuries and across the world?

This is what one finds in the Catholic Church.

The Catholic faith touches the heart of people of all cultures, through all centuries. Unlike most faiths, it is not limited to a particular area, language, or social group. Wherever Catholics travel, they can join their brothers and sisters in worship. The prayers might be in a different language, but they still feel at home, for they are united in the same family of faith. 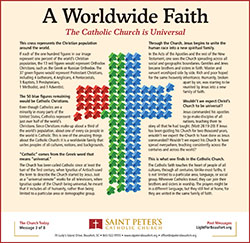