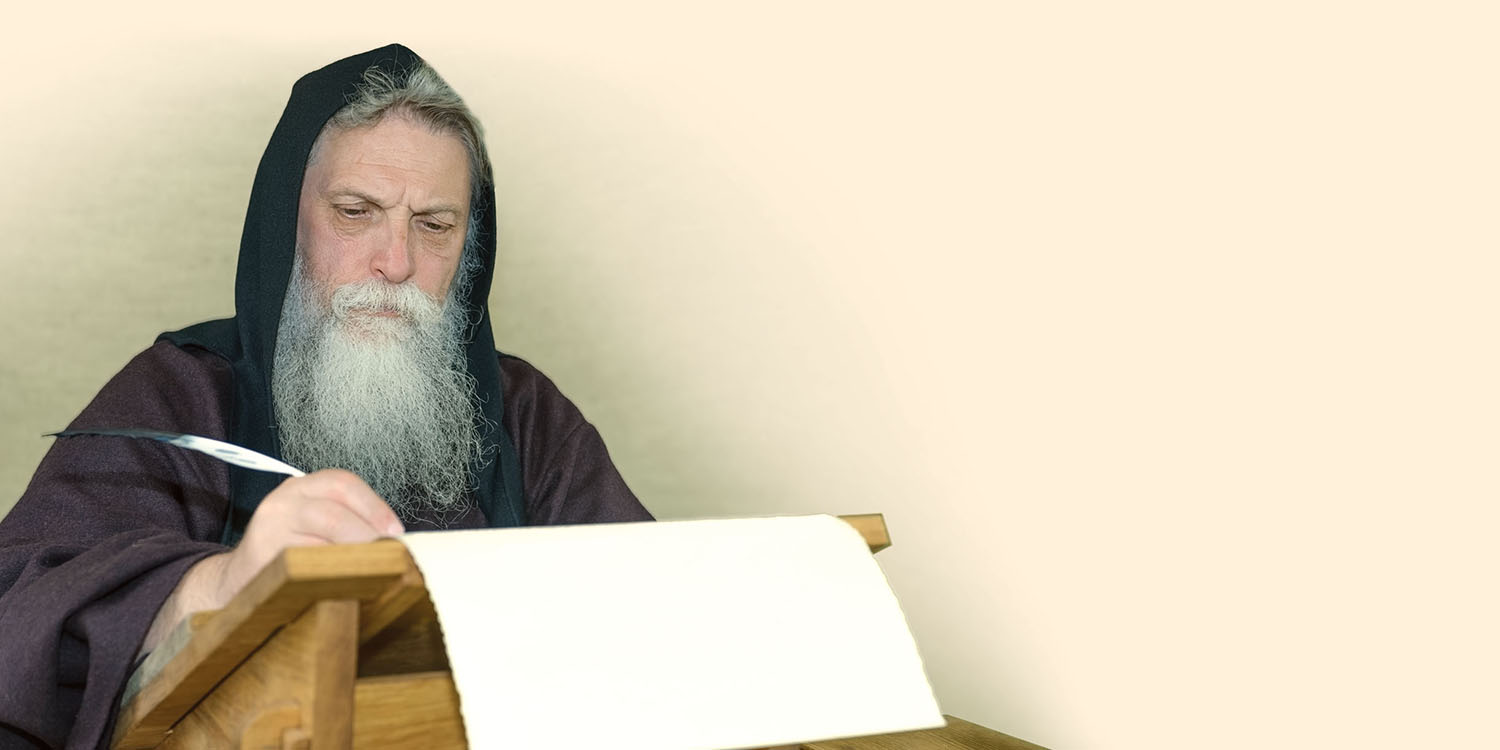 Worship in the Early Church

About the year 150, Justin wrote to the Roman Emperor.

Justin Martyr was a renowned Christian author and teacher in the second century. Seeking to end the Roman Empire’s persecution of Christians, Justin wrote an open letter to the emperor explaining and defending the Christian faith. Although he was eventually beheaded for refusing to renounce Jesus, Justin’s letter allows us to travel back in time and see a fascinating glimpse of Christianity in its early years.

Justin describes the Christian worship and practices of his day.

He writes that they gather together every Sunday, for “Jesus Christ our Savior rose from the dead on the same day.” There are readings from “the memoirs of the Apostles and the Prophets.” The leader verbally instructs those present, “exhorting the imitation of these good things.” Then bread and wine are brought forward, and the leader prays over them at considerable length, using the words of Jesus at the Last Supper. The bread and wine are then given to the people to receive. Afterward, deacons take a portion of this bread to those who are too sick to come to the worship.

Justin explains, “This food is called among us the Eucharist.”

Not everyone is allowed to receive the Eucharist, he explains, but only those who share their beliefs, have been baptized, and are living a holy life. This is because they do not receive the bread and wine “as common bread and common drink,” but rather they have been taught that when this food is “blessed by the prayer of his word,” it “is the flesh and blood of that Jesus who was made flesh.”

The worship Justin describes is very familiar to Catholics.

Each Sunday, Catholics around the world experience what Justin outlined. After we are nourished by God’s word in Scripture and preaching, we are nourished by Jesus himself in the Eucharist. Like the Christians of Justin’s day, we believe that Jesus works a miracle and becomes truly present in Holy Communion. He nourishes us spiritually and allows us to be united with him, body and soul.

Justin is one of many authors known as the “Early Church Fathers.”

Many were taught by the apostles themselves, or by someone who learned directly from an apostle. As one read their works from the first and second centuries, one recognizes beliefs and practices that are still associated with the Catholic Church today. This shows that the Catholic faith was not invented sometime along the way, but stretches all the way back to the first generations of Christians. The Eucharist, for example, is reflected in John 6 and other writings of the New Testament, and can be traced clearly through each century of Christian history.

Our Catholic faith unites us with the people of Justin’s time.

In the previous message, we explored how the Catholic Church is a worldwide family of faith. Catholics can travel anywhere in the world and, even if we don’t understand the language, we can feel completely at home. Similarly, if we had an opportunity to travel back in time and join Justin’s congregation for a day, we would feel completely at home. It would be the same worship, the same Eucharist, and they would be our brothers and sisters. Jesus unites us as one beautiful family of faith, stretching across the centuries.

One can read Justin’s letter by searching online for “The Apology of Justin Martyr.” (“Apology” here means “explanation.”) He describes Sunday worship in paragraphs 65-67. 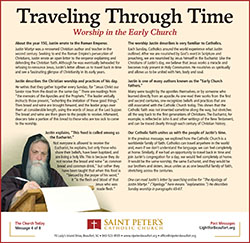