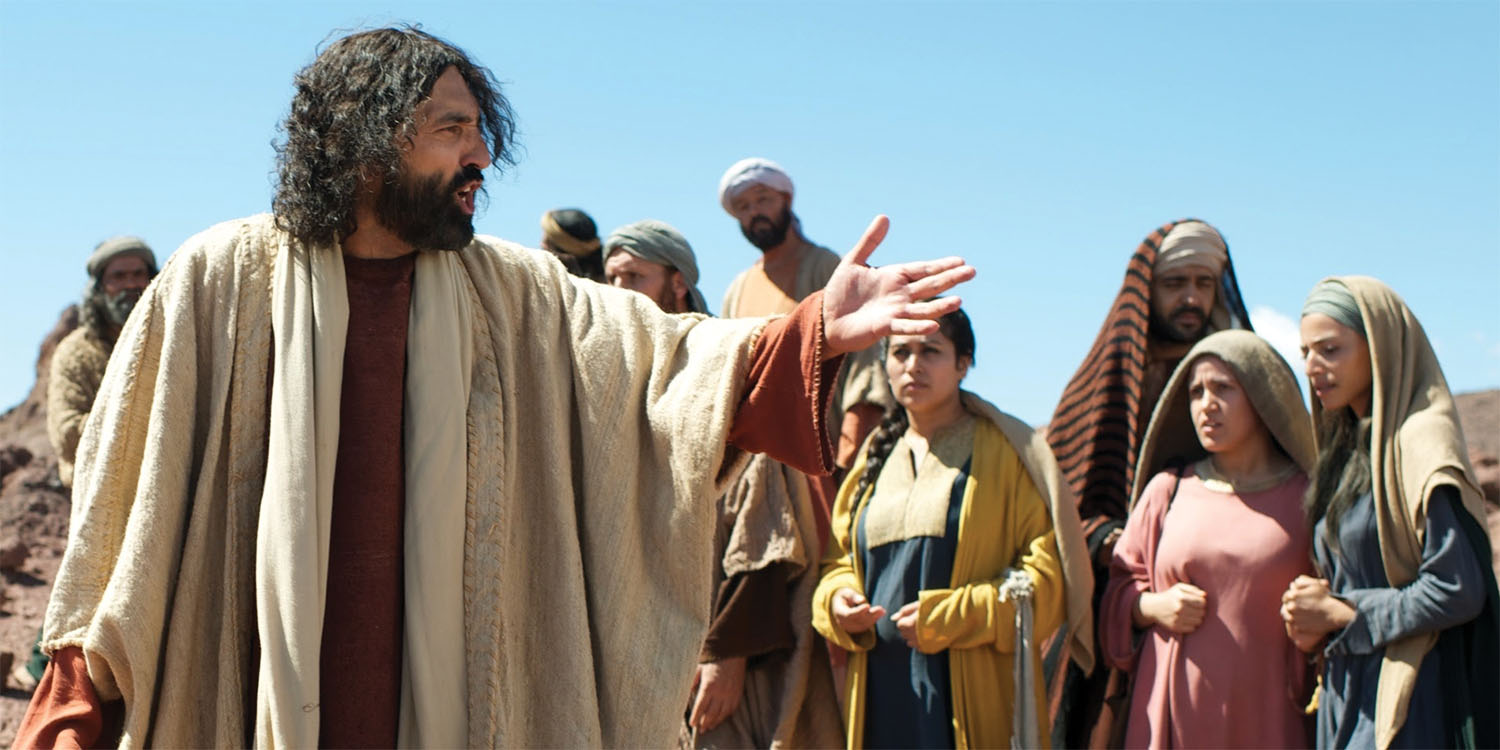 When Jesus taught, it was like nothing anyone had ever heard.

Great crowds gathered wherever he went, hanging on his every word. He taught about God in a way that everyone could understand, and yet his words had a mysterious depth. He wasn’t afraid to condemn sin and to call his listeners back to God. He preached these religious and moral truths with an unparalleled insight into the human heart. But one aspect of his teaching was truly shocking to his listeners.

The people were astonished that Jesus taught with authority.

In the beginning of Mark’s gospel, Jesus and his disciples traveled to Capernaum, a town beside the Sea of Galilee. On the Sabbath day, when people gathered to worship God, Jesus began to teach in the synagogue. His listeners were “astounded at his teaching, for he taught them as one having authority, and not as the scribes.” (Mark 1:22) His fame began to spread throughout the surrounding region.

Jewish teachers usually relied on the authority of others.

Moses was revered as the greatest lawgiver in Israel’s history, yet he was not sharing his own wisdom, but rather what he received from God. This is why he and the other Israelite prophets usually prefaced their words with phrases like “God says” or “Thus says the Lord.” Similarly, in the days of Jesus, religious leaders such as the scribes would not teach from their own authority, but would constantly refer back to Moses and others who had gone before them.

Jesus taught as if he did not need any authority besides himself.

He did not usually support his preaching with appeals to Moses or the prophets. He actually does the opposite: changing or adding to the law received from Moses. On multiple occasions during his famous Sermon on the Mount, for example, Jesus references Mosaic law and then declares, “But I say this.” (Matthew 5)  In his teaching, Jesus calls his listeners to reconsider some of the most sacred aspects of their religious identity, such as the Temple and the Sabbath day.

Jesus acts as if he is the lawgiver, not merely its interpreter.

In our day, there would be an uproar if a NFL referee said, “The rulebook says that field goals are worth three points, but I declare they are now worth ten.” For his Jewish audience, the actions of Jesus are much more revolutionary. He is presenting himself as the new Moses, and even greater than Moses. Since the law was given to the Israelites by God himself, only God can change it. And yet this is precisely what Jesus does, as if he were God standing in their midst.

The teachings of Jesus still astonish and amaze us today.

When we take the time to read the gospels for ourselves, Jesus is revealed to be much more than the friendly teacher he is portrayed to be in popular imagination. He reveals the deepest truths about God and about how we are to live. The crowds press around him because their hearts yearn for truth and to be united with God. Two thousand years later, our hearts still ache with these same desires, and the teachings of Jesus resonate as powerfully as ever. 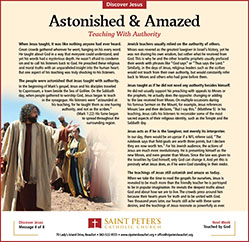