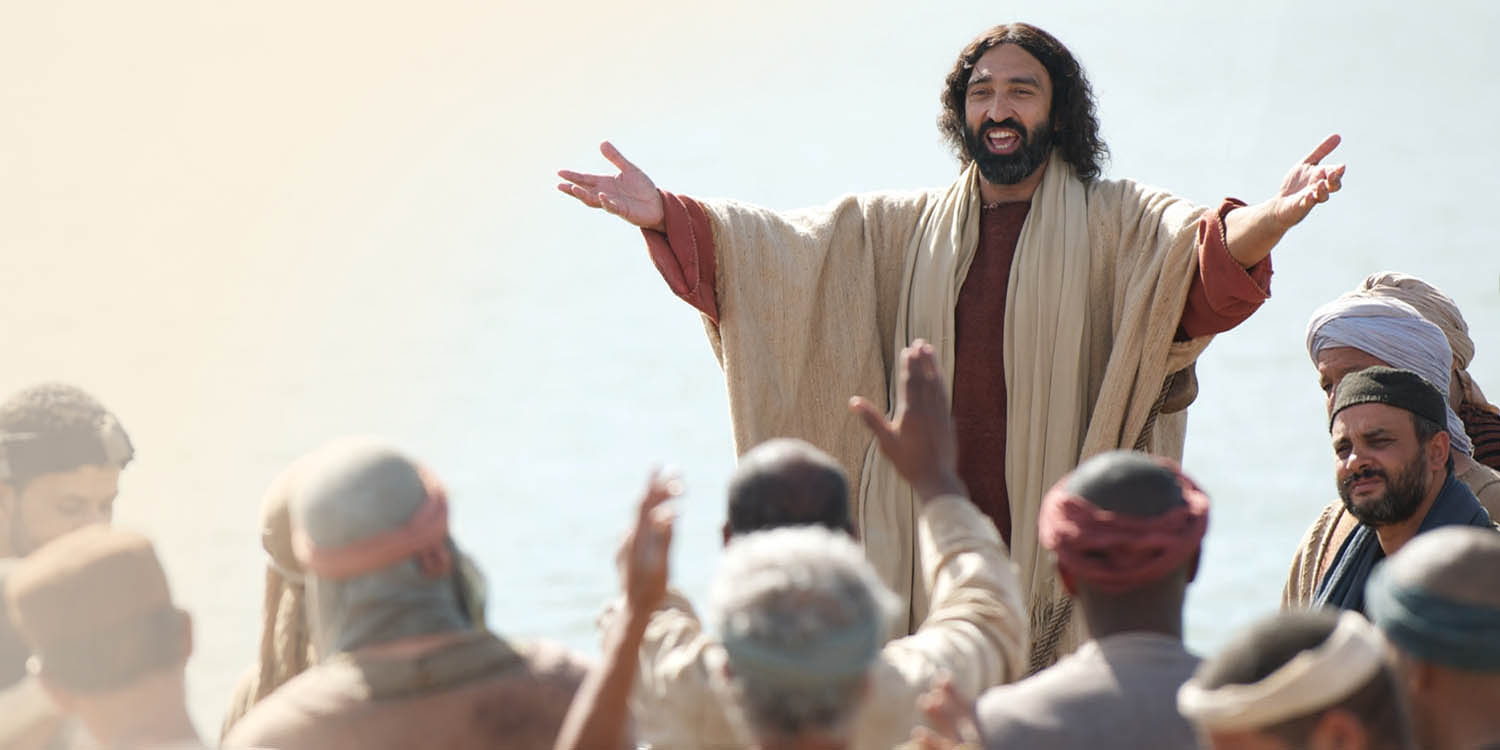 The Time Is Fulfilled

The Kingdom of God

Jesus was always announcing the Kingdom of God.

As he traveled from town to town, he would proclaim, “The time is fulfilled, and the kingdom of God is at hand!” (Mark 1:15) Many of his teachings and parables are about this kingdom. He seemed to take for granted that his listeners were expecting such a kingdom. In order to understand what Jesus means, we need to understand a prophecy from the Book of Daniel that was very famous among Jewish people in the first century.

In the Book of Daniel, the king had an alarming dream.

He saw a vision of a large statue composed of gold, silver, bronze, and iron. A rock is cut out of a mountain, but not with human hands, and the rock strikes the statue and destroys it. But “the rock that struck the statue became a huge mountain and filled the whole earth.” (Daniel 2:35) Out of all the royal advisors, only Daniel could tell the king the content of the dream and its meaning.

Daniel foretold the coming of a kingdom established by God.

He explained to the king that the golden head of the statue symbolizes his Babylonian Empire, while its other parts signify the three kingdoms that will follow it. The rock symbolizes “the God of heaven which will set up a kingdom that will never be destroyed, nor will it be left to another people. It will crush all those kingdoms and bring them to an end, but it will itself endure forever.” (v. 44)

By the first century, the time foretold by Daniel had come.

The Jewish people recognized that the first three empires had come and gone: first the Babylonian, then the Persian, then the Greek. They were now living in the time of the fourth kingdom described by Daniel, the Roman Empire! Many expected God to send a Messiah during their lifetimes, a leader who would liberate them from Roman rule and restore Israel to political and military glory.

In this time of anticipation, Jesus proclaims the kingdom of God.

When Jesus announces that “the time is fulfilled,” his listeners understand that he is referring to the time prophesized by Daniel. When Jesus declares that “the kingdom of God is at hand,” his audience realizes that he is announcing the beginning of the kingdom foretold by Daniel, the kingdom that would fill the entire earth and endure forever.

The kingdom of God will be more than a worldly kingdom. 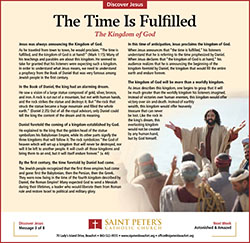