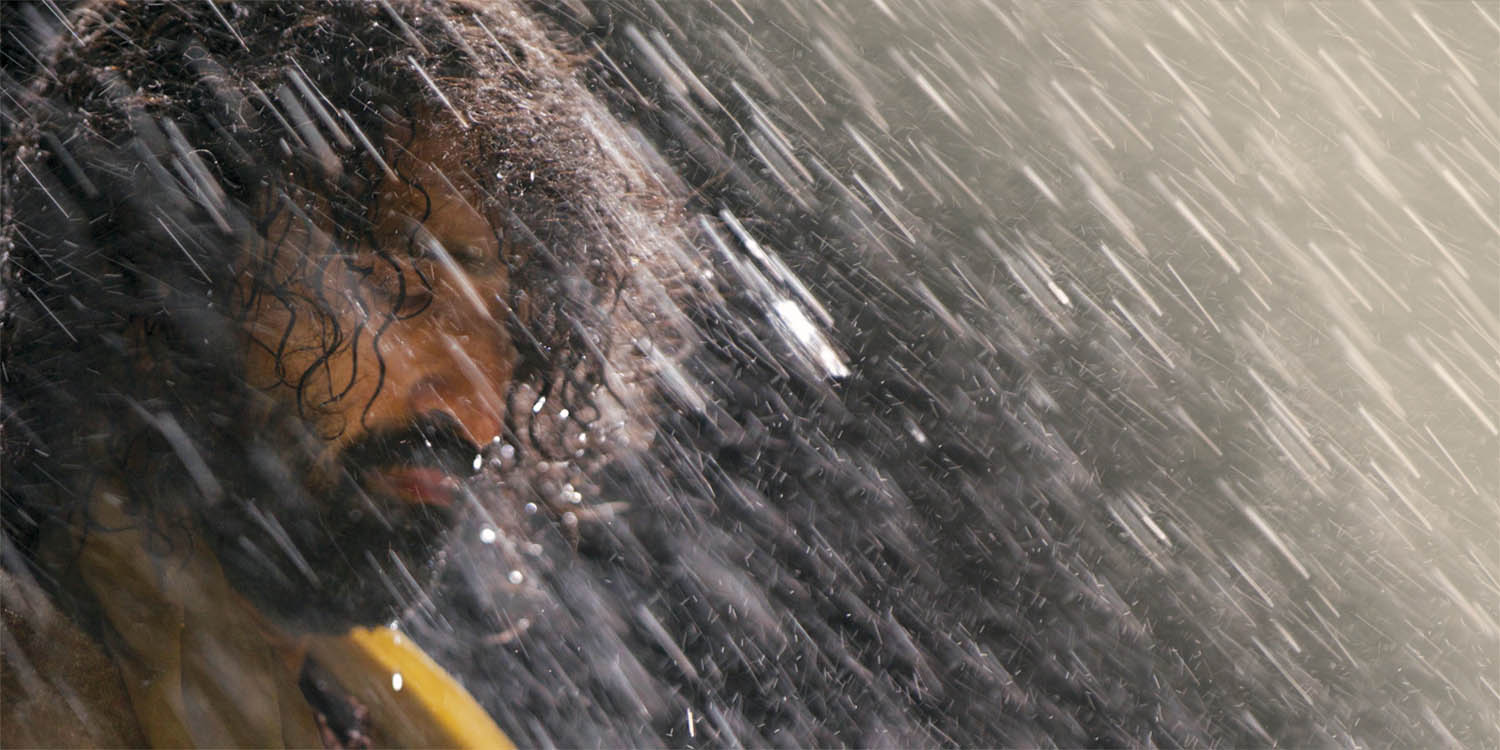 The Identity of Jesus

Their boat was about to sink under the rough waves.

The men were in a panic. As sometimes happens on the Sea of Galilee, a violent storm had suddenly developed as they were crossing to the other shore in a fishing boat. Their teacher, Jesus, was sound asleep on a cushion in the back of the small craft. They woke him up, frantically asking, “Teacher, don’t you care if we drown?”

Jesus then did something entirely unexpected.

He stood, and then commanded the wind and the waves, “Quiet! Be still!” The wind abruptly died down and stopped. The sea became completely calm. He then said to his disciples, “Why are you so afraid? Do you still have no faith?” They were terrified and asked each other, “Who is this, who even the wind and the waves obey?” (Mark 4:35-41)

This event shows us the complexity of Jesus.

After a day of teaching, Jesus is tired and in need of rest. He is so worn out that he keeps sleeping through the commotion of the storm! This is one of the many ways that the Gospels depict the humanity of Jesus. Like all of us, Jesus was born, grew as a child, and worked to put food on the table. He eats, drinks, sleeps, and feels pain. And yet, Jesus is able to do something completely out of the ordinary, taming the natural world with a simple command.

Only God controls the waters.

At various times in the Old Testament, God shows his power through mighty works of wind and water. He parted the Red Sea for his people to escape Egypt (Exodus 14), and he parted the Jordan River so that they could enter the Promised Land (Joshua 3). This situation is completely different. Jesus does not pray to God for a miracle, as did Moses and Joshua. Rather, he commands nature with his own authority. The power comes from within.

The disciples are living out Psalm 107.

In this famous Jewish poem, God raises up a mighty storm and sailors are in danger of perishing. “Then they cried to the Lord in their trouble, and he delivered them from their distress; he made the storm be still, and the waves of the sea were hushed.” (v. 28-29) Through his actions, Jesus helps his disciples to begin to dimly grasp something unthinkable: the God of Israel has come to them in person, and is sitting with them in the boat!

The question the disciples ask is still important today.

They recognize that Jesus is displaying a power that the Jewish people expect of God alone: “Who is this, who even the winds and waves obey?” If this teacher, their friend, can quiet the violent swells of the Sea of Galilee with a mere word, who really is this Jesus of Nazareth? This is the question that we must still wrestle with today, and which we are exploring in this series. If Jesus was merely a friendly teacher, how could he do such things? 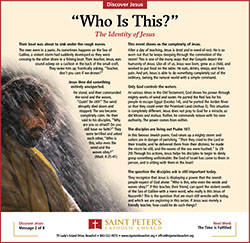