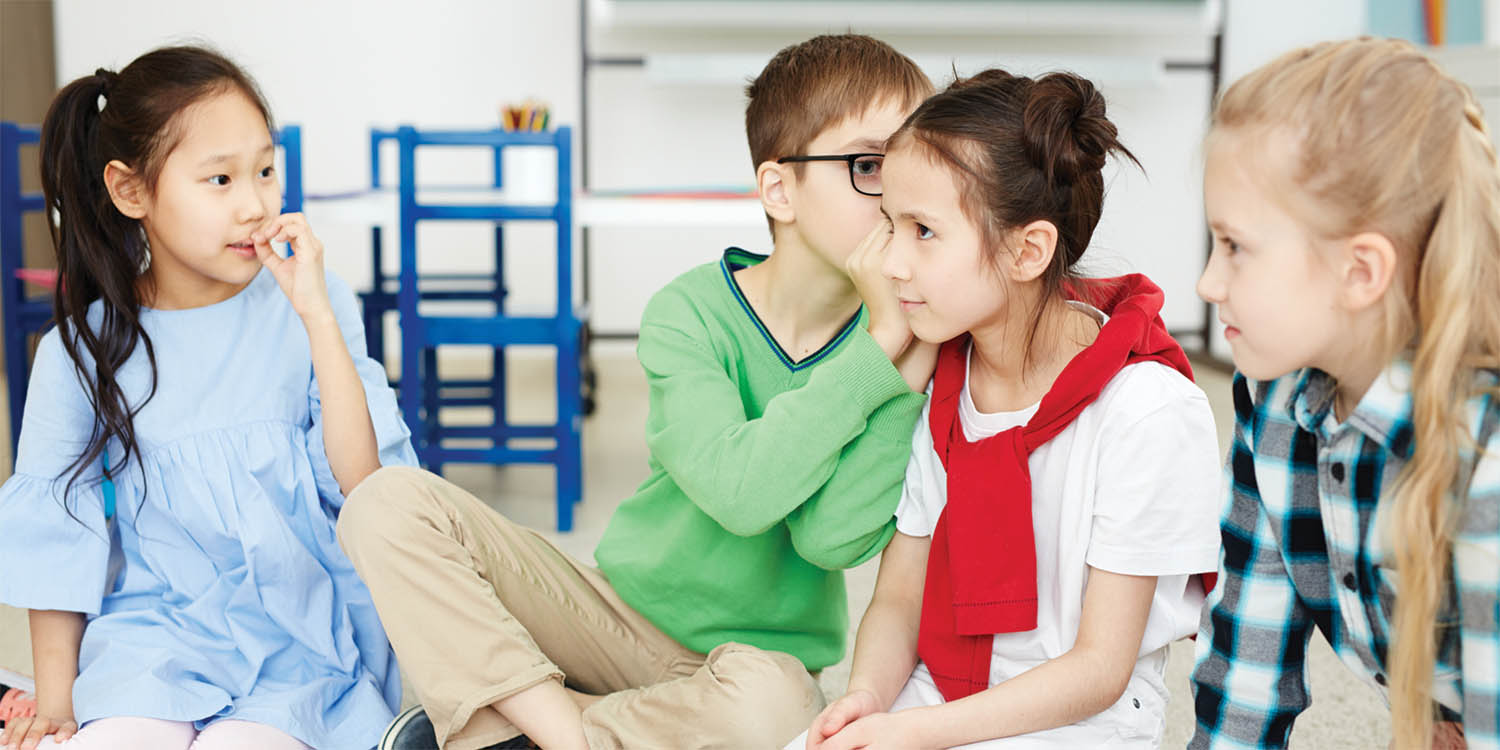 Not the Telephone Game

The Gospels Are Trustworthy

Many of us remember playing the telephone game as children.

As the message is whispered from child to child, it inevitably becomes changed beyond recognition. When considering Jesus as a historical figure, people may wonder whether something similar might have happened with the Gospels. How can we know that the accounts about his life are reliable, and not exaggerated or invented over time?

The four Gospels were written from first-hand testimony.

The telephone game doesn’t work as an image for the writing of the Gospels. Matthew and John were apostles who spent three years with Jesus, so their Gospels are written from personal memories. Mark and Luke were both writing down the testimony of those who saw and heard Jesus in person. The Gospels of Mark and Luke would be like a game of telephone with only two children, with the second child writing down the message as he hears it from the first child.

The good news about Jesus was shared right from the start.

It is not as if the first Christians believed that Jesus was just a great human teacher, and then a hundred years later, a legend began to develop that he is divine and rose miraculously from the dead. Right away, the apostles began to travel throughout the known world, boldly preaching that Jesus had been raised from the dead, and that he is truly God! This good news is also seen clearly in the letters of Saint Paul, one of the first Christian leaders.

People were around to correct the Gospels if they were false.

The Gospels were written within a few decades after the resurrection of Jesus, when eyewitnesses were still living who could have easily disproven the Gospel accounts if they were invented out of thin air. For example, the Gospels present Jesus as performing many miracles of healing. There were many people still living who witnessed his ministry, and it would be easy enough to find out whether or not Jesus was known for healing people.

Our Bibles today contain translations of the original Gospels.

The original Gospels were written in Greek and spread quickly throughout the Christian world. They were copied by hand with great care. Scholars have access to hundreds of manuscripts from quite early in Christian history, allowing them to be confident of the original Greek texts of the Gospels. They use these texts to create today’s translations into modern languages. Thus, when we read the Bible today, we can be confident that our Gospels correspond to the originals authored by Matthew, Mark, Luke, and John.

The Gospels give us an accurate image of the historical Jesus.

They are historical documents, similar to other ancient biographies. Their authors sought to give readers a true account of the words and actions of Jesus of Nazareth. This means that the Gospels cannot be dismissed as legends or folk tales. Jesus is a historical figure, and if we are to take him seriously, we must also consider carefully his claim to be divine. 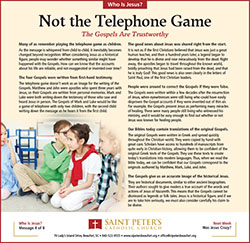