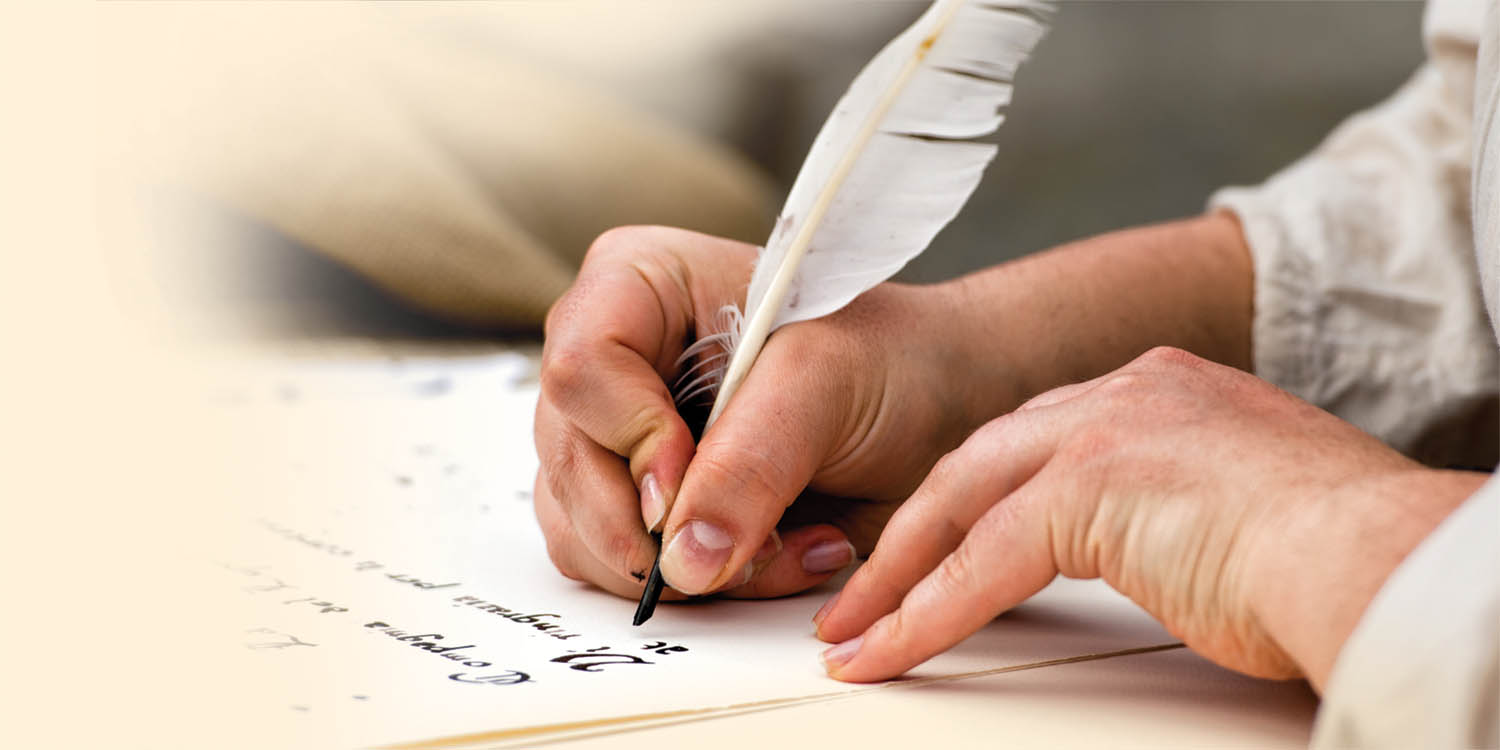 The four Gospels were written like other ancient biographies.

In the time of the Roman Empire, biographies were often written about the lives of great political leaders or military heroes. It is these biographies that the four Gospels most closely resemble, rather than the poetry or myths of that day. The Gospels were composed as historical biographies of Jesus of Nazareth.

By today’s standards, the Gospels are relatively short.

Due to the limitations of writing on a papyrus scroll, ancient biographies tended to be between 10,000-20,000 words. This is the length of a modern short story or two. Mark is the shortest Gospel; with about 11,000 words, it can be read in an afternoon. John is the longest, with about 19,000 words.

The Gospels focus on the essentials of the life of Jesus.

Perhaps due to the space constraints, ancient biographies typically focused on the birth, public life, and death of their subject. They did not usually include details that we would expect today, such as descriptions of physical appearance, personality, or childhood. The four Gospels are very light on such personal details about Jesus, but they focus on his birth, public ministry, and the events surrounding his death. His hair color is not mentioned, for example, but his crucifixion and resurrection are treated at great length, since these are at the heart of the Christian message.

The Gospels are concerned with historical truth.

Ancient biographers saw it as their responsibility to accurately convey the words and deeds of the subject, so that the reader can grasp the essence of the person. They saw themselves as reporting history. The Gospel authors took this approach to their writing, seeking to convey the words and deeds of Jesus as they actually happened. Luke, for example, writes at the start of his Gospel that he is writing a narrative based on eyewitness accounts, so that the reader may know the facts concerning Christ. (Luke 1:1-4)

Each was written for a different audience, and each emphasizes different aspects of Jesus. For example, Matthew wrote his Gospel for Jewish readers, so he included many quotations from Scripture to show that Jesus is the long-awaited Savior. Just like we can come to a richer understanding of a modern figure by reading biographies from several different authors, the four Gospels each give us unique insights into the mystery of Jesus.

Jesus is the “Good News” the Gospels writers proclaim.

The word Gospel comes from the Greek word meaning “Good News.” The four Gospels share the amazing news that God has entered the world as a human being. This is what sets them apart from all other biographies, past or present. They are not describing the words and actions of an ordinary man, but God in our midst. 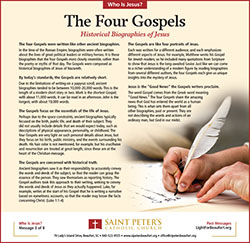