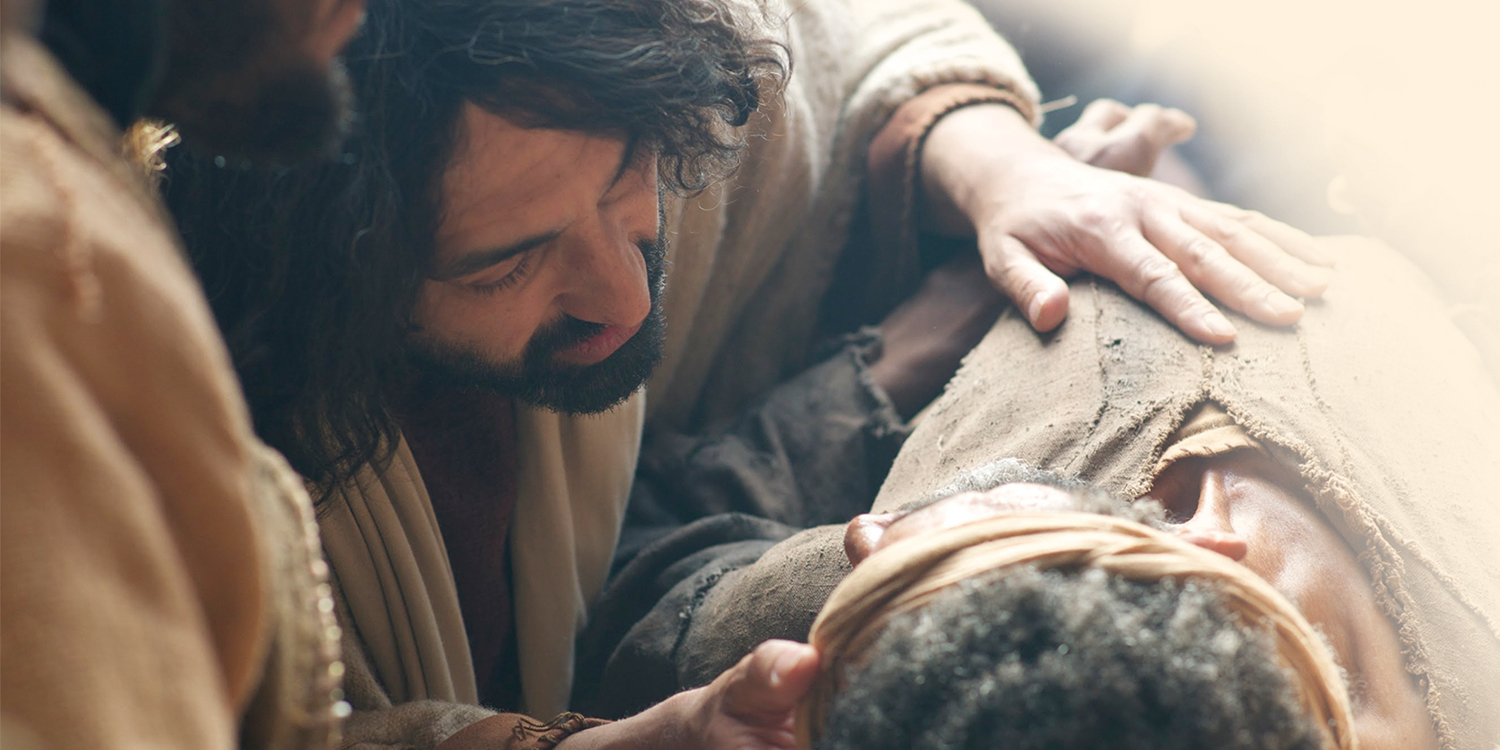 A paralyzed man is lowered through a roof!

Hoping for a cure, four men carry their friend on a stretcher to see Jesus. When they arrive at the house where Jesus is, they are unable to enter due to the crowd. Undeterred, the men climb onto the flat roof of the house, remove the ceiling tiles, and lower their friend before Jesus. “And when Jesus saw their faith, he said to the paralytic, ‘My son, your sins are forgiven.’”

The crowd is astonished at these words of Jesus.

In the Jewish understanding, only God can forgive sins, since sins are offenses against God. By claiming authority to forgive sins, Jesus is acting as if he were the one true God. This is a serious act of blasphemy, a sin punishable by death in the Jewish law. Accordingly, members of the crowd begin to ask, “Why does this man speak thus? It is blasphemy! Who can forgive sins but God alone?”

The crowd understands that Jesus is acting as if he were God.

If this was not his intention, we would expect Jesus to clear up the misunderstanding. Instead, he goes further, asking, “Why do you question thus in your hearts? Which is easier, to say to the paralytic, ‘Your sins are forgiven,’ or to say, ‘Rise, take up your pallet and walk’? But that you may know that the Son of Man has authority on earth to forgive sins,” he said to the paralyzed man, “I say to you, rise, take up your stretcher and go home.”

Will the paralytic rise and walk again?

Jesus intends to show that he, the Son of Man, does indeed have authority to forgive sins. Anyone can utter words of forgiveness, but not just anyone can cause a paralytic to be instantly healed. To show he can heal invisible wounds of the soul, he will bring about a visible healing of the body. And to everyone’s astonishment, the paralytic immediately rose, picked up the stretcher, and walked away in front of them all! They were all amazed and praised God, saying, “We have never seen anything like this!” (Mark 2:1-12)

Jesus is gently inviting his listeners to believe in him.

He cannot simply walk around and exclaim to everyone, “I am God!” This would have led to people immediately rejecting him and seeking his death for blasphemy. Instead, in a careful and indirect manner, Jesus helps them see that he is able to forgive sins, even though this is something only God can do. He is inviting them to come to the unimaginable conclusion: Jesus can forgive sins because he is actually God standing in their midst.

Jesus came to bring us forgiveness and union with God.

The paralytic’s friends want a physical healing, but Jesus offers a gift that is much more important. Paralysis keeps their friend from walking, but sin keeps their friend from eternal union with God. Jesus sought to bring about reconciliation between humanity and God. The people of his day desperately needed forgiveness for their sins and union with God, and we still need this spiritual healing today. 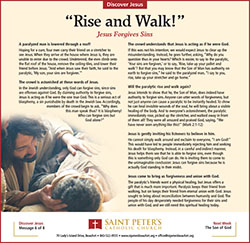